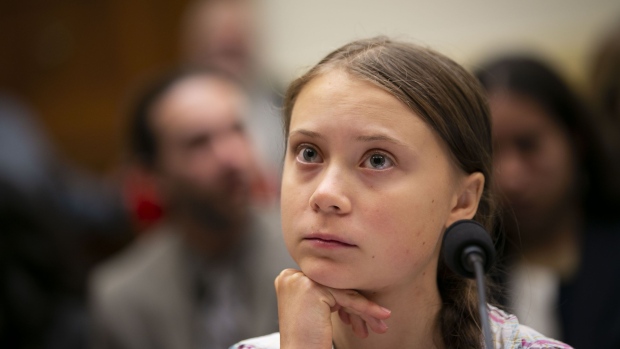 (Bloomberg) -- In recent years, a group of economists, ecologists, and anthropologists have converged on a way to address both climate and ecological crises that will also make the world happier, healthier, and more equal. The gist: “less is more”—which also happens to be the title of a new book by one member of this intellectual squad, Jason Hickel, an economic anthropologist at Goldsmiths University of London.

Known as the “degrowth” movement, these scholars first want the world to reconsider the value of gross domestic product as a metric for progress, as GDP may still be rising even as inequality worsens and overall well-being falls. Second, they contend that a sustainable planet must find a way to live within certain limits for things like climate change, ocean acidification, and biodiversity loss, called “planetary boundaries”—and that rich countries are abusing these boundaries by consuming too many resources. And third, they question the wisdom—and even the morality—of most climate models looking to keep temperature increases below 1.5°C, which require the use of negative-emissions technologies that draw down carbon dioxide from the air and are still in early stages of development.

Altogether, it makes for powerful rhetoric. As climate activist Greta Thunberg put it in her speech at the United Nations Climate Action Summit in New York in September 2019: “We are in the beginning of a mass extinction, and all you can talk about is money and fairy tales of eternal economic growth. How dare you!”

There are still has plenty of gaps in the theory, however. Some economists have shown that well-being does keep rising along with GDP. Technologists have shown that we are eking out more economic gains from less material use. Others say that the idea of degrowth goes against the deep-seated human desire to have it at least as good as one’s neighbors—an impulse that has geopolitical consequences, as well.

Hickel doesn’t shy away from the notion that degrowth will require overturning the world order. “The way that I approached it is I started with the ecological objective,” he says. “What is required in the economy to make it possible that you not only sustain livelihoods but actually enhance human flourishing for the majority of people?”

The answer as outlined in Less Is More is that rich countries should stop aiming for economic growth and instead focus on improving well-being, whether or not it brings growth. Poor countries, on the other hand, should continue to grow their economies, at least until they’re within sight of planetary boundaries.

I spoke to Hickel about his book, its intellectual precursors, and what people get wrong about what he and his friends are trying to do. The conversation has been edited and condensed for clarity.

What first convinced you that degrowth was the way to go?

I come from the global south [Eswatini, formerly known as Swaziland], and I think about the global south’s development from a justice lens. My main concern is, if global south countries have a need to increase their energy and resource use in order to meet human needs, then basically you have a situation where that’s not possible unless high-income nations scaled down their consumption. The real challenge is what to do with high-income nations, because if they continue to grow or even continue to consume at existing rates, then this causes ecological breakdown and climate problems, which will disproportionately affect the global south.

Is this the old argument from The Limits to Growth —the book from the early 1970s showing that economic growth will hit a ceiling? That’s been largely disproven.

The backlash was actually kind of correct. The scholars were accurate about a lot of things, but I think that their analysis wasn’t as strong as the analysis that we have now. They thought the primary concern is that growth would stop. I think the primary issue here is that, if growth is going to continue, the consequences ecologically and socially will be very bad.

What we need to do is recognize that growth has this way of continuing, of overcoming barriers and obstacles to its perpetuation, that becomes dangerous. This is not about GDP growth bumping up into some external limit, necessarily. It’s simply about us making a democratic decision about limiting economic activity, because otherwise it becomes destructive.

What do people get wrong about degrowth?

When people first encounter the idea, they think this sounds like a recession. In fact, degrowth is the opposite of recession in some key respects. A recession is what happens when a growth-oriented economy stops growing. Everything falls apart. People lose their jobs. It’s a human disaster.

But degrowth is building an economy that does not require growth in the first place, which can deliver high levels of human flourishing without growth. In a recession you see inequality rise, you see joblessness rise. In degrowth, you have a reduction of inequality. You have full employment, which you achieve through a shorter working week and a job guarantee.

A lot of people when they initially encounter the concept of degrowth, they think that sounds bad because we have so much poverty in the world. I have to point out this is just for high income countries that are exceeding planetary boundaries and need to reduce excess material and energy throughput.

Degrowth is a negative word.

We have lots of words like decolonization—technically a negative frame, but we all recognize that’s a positive thing.

The dominant culture believes that growth is good, and so of course degrowth might seem bad on the face of it. At the very least it forces people to think about their assumptions. That inspires conversation and introspection. It’s silly for us to avoid using provocative terminology when provocative terminology is how people learn and how things change.

To walk away from growth, what you’re suggesting is a complete rewiring of the world. Is there enough momentum behind the idea?

In the wake of the coronavirus crisis, I would have thought this is going to make it even less likely for people to embrace an idea like degrowth. On the contrary, I found that when I mention it to people now they’re intuitively on board. They realize that incursions into the natural world have led us into this position of precarity. Having watched their politicians refuse to take important public health measures for the sake of maintaining GDP growth was a real shock. And it just became clear that, look, we could reorganize the economy in such a way that the main focus is not growth or capital accumulation, but rather human welfare and well-being.

This is not about Soviet Russia or any other kind of experiments with totalitarian communism. We’re calling for a kind of evolution beyond the constraints of capitalism toward something new for the 21st century that is organized primarily around democracy. If we have a democratic conversation about that, it shows that there’s already the momentum and the spirit necessary for degrowth.