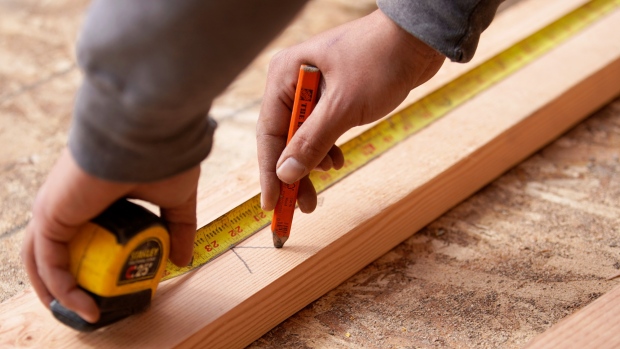 A worker uses a tape measure to mark lumber at a home under construction in Vineyard, Utah, U.S., on Tuesday, March 12, 2019. The National Association of Home Builders (NAHB) released housing market index figures on March 18. , Bloomberg

State Street’s SPDR S&P Homebuilders exchange-traded fund, ticker XHB, rallied as much as 4.6 per cent to the highest level since March 6.

Purchases of single-family houses in the U.S. unexpectedly climbed in April after sales dropped the most since 2013 in March, when much of the U.S. economy shut down to stem the spread of coronavirus.

Since tumbling to a more than seven-year low on March 23, XHB has soared 68 per cent, compared with a 34 per cent increase in the S&P 500. 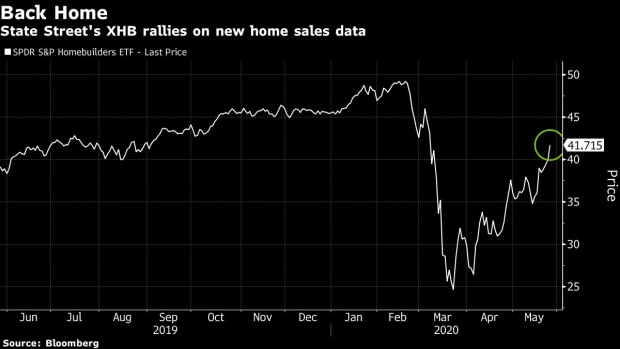 While the latest homebuilder data suggest the housing market is starting to stabilize, the industry rebound will depend on how quickly the rest of the economy bounces back.

High levels of unemployment could serve as a headwind to the recovery.

“The housing market could be one of the brighter spots,” said Emily Roland, co-chief investment strategist at John Hancock Investment Management. “We’ve probably seen the worst of the data in the month of April, but it may take some time for the economy to recover from here.”

Government data also showed that the median sale price of homes in April fell 8.6 per cent from a year earlier to US$309,900. And the S&P CoreLogic Case-Shiller National Home Price index rose 4.35 per cent year-over-year in March after climbing 4.16 per cent in prior month.

“Home prices are still relatively stable and are not showing any sign of a housing bubble bust like that which occurred in the Great Recession over a decade ago,” said Chris Rupkey, chief financial economist at MUFG Union Bank NA.