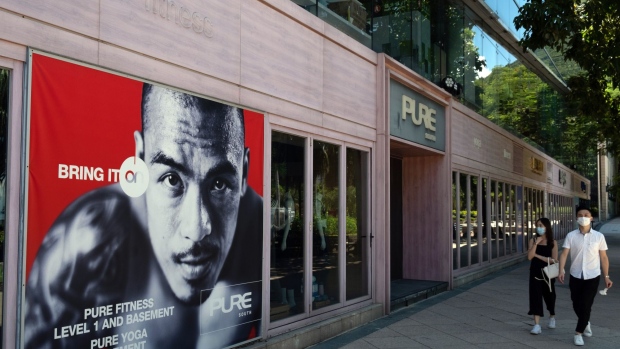 (Bloomberg) -- Hong Kong gym chain Pure Group is seeking to raise about $100 million to help fund its expansion in mainland China, people with knowledge of the matter said.

FountainVest Partners, the private equity owner of the fitness group, is working with boutique investment bank BDA Partners on funding options, said the people who asked not to be identified as the information is private. Loans, convertible bonds and share sales are in the mix under consideration, the people said.

Deliberations are ongoing, and details of the fundraising plan may change, the people said. A representative for BDA Partners declined to comment while representatives for FountainVest didn’t respond to requests for comment.

Founded in 2002, the chain operates Pure Yoga and Pure Fitness centers in Hong Kong, Beijing, Shanghai and Singapore. Pure Group often occupies prime real estate in Hong Kong, such as the upscale Pacific Place mall, which houses brands including Chanel and Fendi. The group currently has more than 100,000 clients and over 2,000 employees, according to its website.

FountainVest, led by former Goldman Sachs Group Inc. banker Frank Tang, invested in Pure Group in 2017 without disclosing financial details. The deal could value the gym chain at more than $400 million, Bloomberg News reported prior to the announcement.