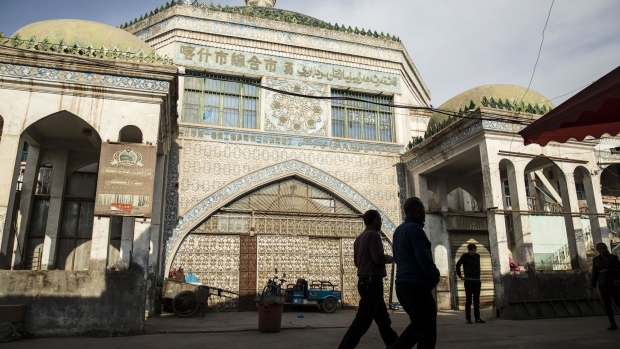 (Bloomberg) -- The House plans to vote next week on legislation that would impose sanctions on Chinese officials over human rights abuses against Muslim minorities, an action sure to anger Beijing as anti-China sentiment rises in Congress.

The bill was overwhelmingly approved the Senate on May 14, indicating broad bipartisan support for the measure, which would condemn the internment of more than 1 million Uighurs and members of other Muslim minority groups in the Xinjiang region of China.

It also calls for closing the camps where they are being held and would require President Donald Trump to impose sanctions on and revoke the visas of any officials found to be responsible for the oppression of the Uighurs.