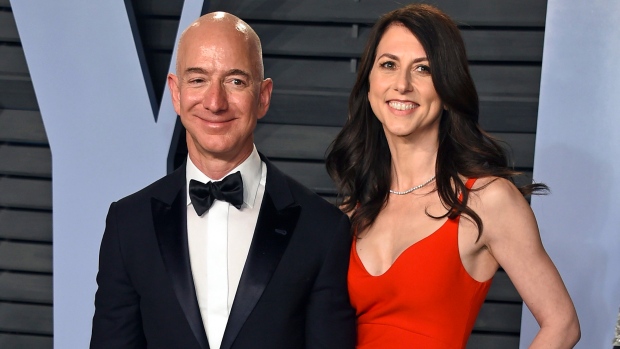 Single people often lament the difficulties of the dating game, but the obstacles to a perfect match can be compounded for those in the upper echelons of earners.

In addition to finding a suitable long-term partner, the rich, famous and single need to be wary of suitors who are more interested in their pocketbook than personality, and experts say there are ways to protect their wealth from opportunists.

"A fair amount" of clients using Preferred Match, a Toronto-based matchmaking service for affluent people, express fears around partners fishing for a payout rather than a love connection, said founder Christina Jay. She charges a minimum $2,500 for three matches to up to $40,000 for a package that includes a photoshoot and world-wide partner search.

The simplest solution, it seems, is to date within one's financial strata.

"That's... easy to know that, that person is not just interested in them just for their money," said Jay of a lawyer or doctor seeking a partner within their profession.

But a financial equal can be hard to find, she said, and some people don't want that. Instead, they prefer a partner whose schedule is less demanding and can be more available to, say, vacation on a whim.

In that case, the wealthy can take some precautions early in the dating game, said Jay.

Conversation about the extent of their riches should be limited, she said.

Those first encounters also offer an opportunity to watch for red flags, said Jay, like the other person insisting on extravagant vacations or expensive gifts.

"It's one thing to want to do that -- to offer that type of lifestyle to someone -- as opposed to the other partner really kind of pushing for that," she said.

Once the couple starts spending any time in the wealthy person's home, privacy protections become paramount, said Serena Cheng, director of wealth management and an investment adviser at Richardson GMP, which works with high and ultra-high net worth clients, including several worth more than $25 million.

People should ensure their electronics -- which could hold important personal or business financial information -- are password protected and secured, Cheng said.

"You just don't leave your stuff around," she said. "I mean, you could be sitting there having dinner with them and you're going to get something and you have a financial bank statement just sitting there."

Pattie Lovett-Reid: The bank of sons and daughters

Money is a touchy enough subject to discuss with family, but what do you do when you parents come to you for financial help? CTV's Chief Financial Commentator Pattie Lovett-Reid looks at the growing trend of the "bank of sons and daughters" and how to navigate awkward conversations around it.

The amount of time it takes for a couple to be considered common-law -- and receive many of the same protections as a married couple should they split -- depends on the province, and doesn't have as clear a starting point as a marriage certificate, he said.

A cohabitation agreement needs to be negotiated fairly, said the family lawyer, who works on high-net worth and complex family law disputes. That means both people need to disclose all their assets, which must be accompanied by a proper valuation, he said, and both parties need to consult separate lawyers.

Such an agreement can limit the division of assets and minimize spousal support if the relationship fails, MacLean said.

Another step worth considering is a non-disclosure agreement (NDA), said Cheng, especially for artists, entrepreneurs or other business people who monetize ideas.

An NDA can prevent a person's partner from stealing their ideas or taking them to a competitor, she said, or leaking information about a big deal, such as a company's plan to go public.

Ultimately, people need to be careful when choosing whom to date, said Corina Weigl, a partner and co-leader of the private client service group at Fasken Martineau DuMoulin LLP, a law firm.

"It's the same thing you and I would want to exercise in our own relationship," she said.

"You want to ... exercise good judgement and try to assess people's character. Why are they in a relationship?"