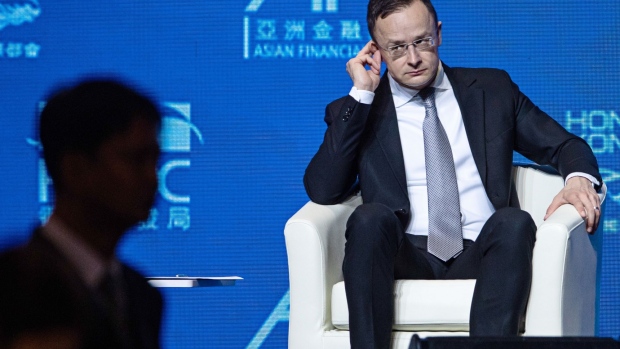 (Bloomberg) -- Hungary won’t repeal a law that critics, including the European Union’s executive, say discriminates against the LGBTQ community, even if that’s the price of accessing billions of euros in pandemic aid, Foreign Minister Peter Szijjarto said.

Szijjarto, in a briefing late Friday, said Hungary’s pandemic plan was slated for EU approval during the summer but was pulled after parliament passed the controversial law, which the government in Budapest maintains was done to protect children from homosexual content.

The EU has said Hungary’s plan hasn’t been approved because the country hasn’t done enough to fight graft.