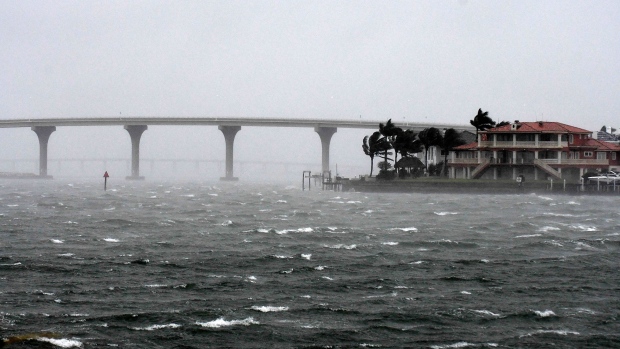 (Bloomberg) -- Florida’s biggest utility warned customers they could be without electricity for days as Hurricane Ian threatens catastrophic damage to the state’s power grid.

Florida Power & Light, which has spent billions of dollars fortifying its power system since a rash of hurricanes wrecked the state more than a decade ago, said Wednesday that it was expecting “widespread outages” across much of its service territory and was preparing to potentially rebuild parts of its system. Duke Energy also warned of extensive blackouts.

There will be “widespread power outages, particularly in Southwest Florida,” DeSantis said during a press conference Wednesday. As of mid-day, there were 200,000 customers without electricity throughout the state, DeSantis, a Republican, said. Those numbers will be a “drop in the bucket” compared to what will happen over the next couple of days, he added.

More than 30,000 utility workers across 26 states have been mobilized to help restore power once the storm passes, said the Edison Electric Institute, a trade group.