The head of one of Canada’s biggest food companies took to Twitter to blast the U.S. for the latest developments in the Middle East after Iran accidentally shot down a passenger jet, killing all 176 aboard.

Michael McCain, chief executive officer of Maple Leaf Foods Inc., said the wife and 11-year-old son of a colleague were among the 57 Canadians killed. Iran forces mistook the Ukrainian jetliner for a cruise missile and shot at it in retaliation against the U.S. for the assassination of its top general.

“A narcissist in Washington tears world accomplishments apart; destabilizes region,” McCain said, without identifying President Donald Trump by name. “U.S. government leaders unconstrained by checks/balances, concocted an ill-conceived plan to divert focus from political woes. The world knows Iran is a dangerous state, but the world found a path to contain it.”

The father of five said he’s “very angry” and “livid,” echoing comments of Canadian Prime Minister Justin Trudeau on Saturday, when he said he was “outraged” and “furious” after Iran admitted it shot down Ukraine International Airlines Flight 752.

…U.S. government leaders unconstrained by checks/balances, concocted an ill-conceived plan to divert focus from political woes. The world knows Iran is a dangerous state, but the world found a path to contain it; not perfect but by most accounts it was the right direction…

…The collateral damage of this irresponsible, dangerous, ill-conceived behavior? 63 Canadians needlessly lost their lives in the crossfire, including the family of one of my MLF colleagues (his wife + 11 year old son)! We are mourning and I am livid. Michael McCain.

Trudeau declined to comment when asked if U.S. escalation in the region led to the tragedy. A senior Trump administration official, who declined to be identified, blamed it on Iran’s “reckless actions.”

The U.K. has joined France and Germany in reaffirming their commitment to the Iran nuclear deal struck between the Islamic Republic and Western powers in 2015, even though its closest ally, the U.S., has pulled out.

Maple Leaf employs around 12,000 people and is one of Canada’s biggest food companies, making processed meats, pastas and flours. McCain, part of the billionaire McCain family, is the largest shareholder, with a stake worth about $1.2 billion. 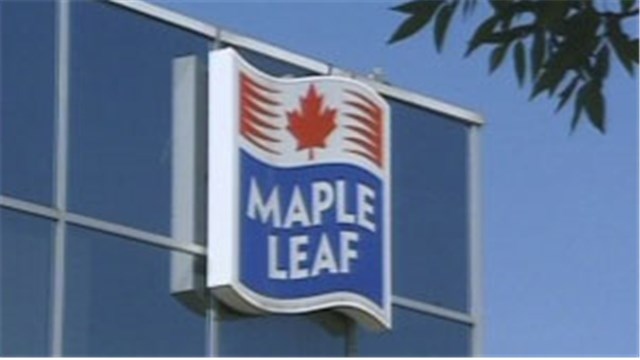 Do you support Michael McCain speaking out on the Iran crash via Maple Leaf Foods’ Twitter account?