Facebook, Google and Amazon grappled with multiple attacks across Washington from lawmakers and President Donald Trump over a range of grievances that underscored the kind of reckoning the companies could face.

House Democrats on Tuesday grilled Amazon.com Inc. (AMZN.O) over perceived conflicts of interest on its platform, while senators from both parties slammed Facebook Inc. (FB.O) over its plan to introduce a cryptocurrency, saying the company can’t be trusted. Alphabet Inc.’s Google (GOOGL.O) got broadsides from Senate Republicans who complained of anti-conservative bias and from Trump, who said he wants the Justice Department to look into its work in China.

The pressure isn’t going away. Facebook Vice President David Marcus is facing another day of testimony Wednesday answering questions about its Libra cyrptocurrency project from the House Committee on Financial Services. Panel chairwoman Maxine Waters has called on the company to stop the project while Congress investigates.

The technology platforms that came under fire Tuesday were darlings of official Washington in the Obama years as they grew to dominate their respective markets, from online retail to social media to digital advertising. That admiration has been swept away amid criticism from Republicans and Democrats over competition, privacy and control over content on their platform. At the root of the concerns is the view the companies have grown too big and powerful.

Democratic Senator Sherrod Brown of Ohio called Facebook “dangerous” while Representative David Cicilline, a Rhode Island Democrat, portrayed Amazon as a “trillion-dollar” retailing behemoth that that can crush sellers on its platform. Senator Ted Cruz, a Texas Republican, suggested a Google was being evasive. “You’re managing to be less candid than Mark Zuckerberg,” he said, referring to the Facebook chairman and co-founder, who testified before Congress last year.

The scrutiny by lawmakers threatens to go beyond criticism of the companies to rein in their business models. Across Capitol Hill Tuesday, lawmakers were zeroing on specific aspects of the companies’ businesses, raising the possibility of legislation aimed at toughening regulation of the industry.

Cicilline, who is leading a House antitrust investigation into competition in digital markets, told reporters that his inquiry was still in the fact-gathering stage but that it should eventually lead to legislative steps. Tech companies are incapable of regulating themselves, he said.

“I think it will absolutely require some action by Congress, either by way of regulation, new statutory enactments, new resources for antitrust agencies, more likely a combination of those three things,” he said. 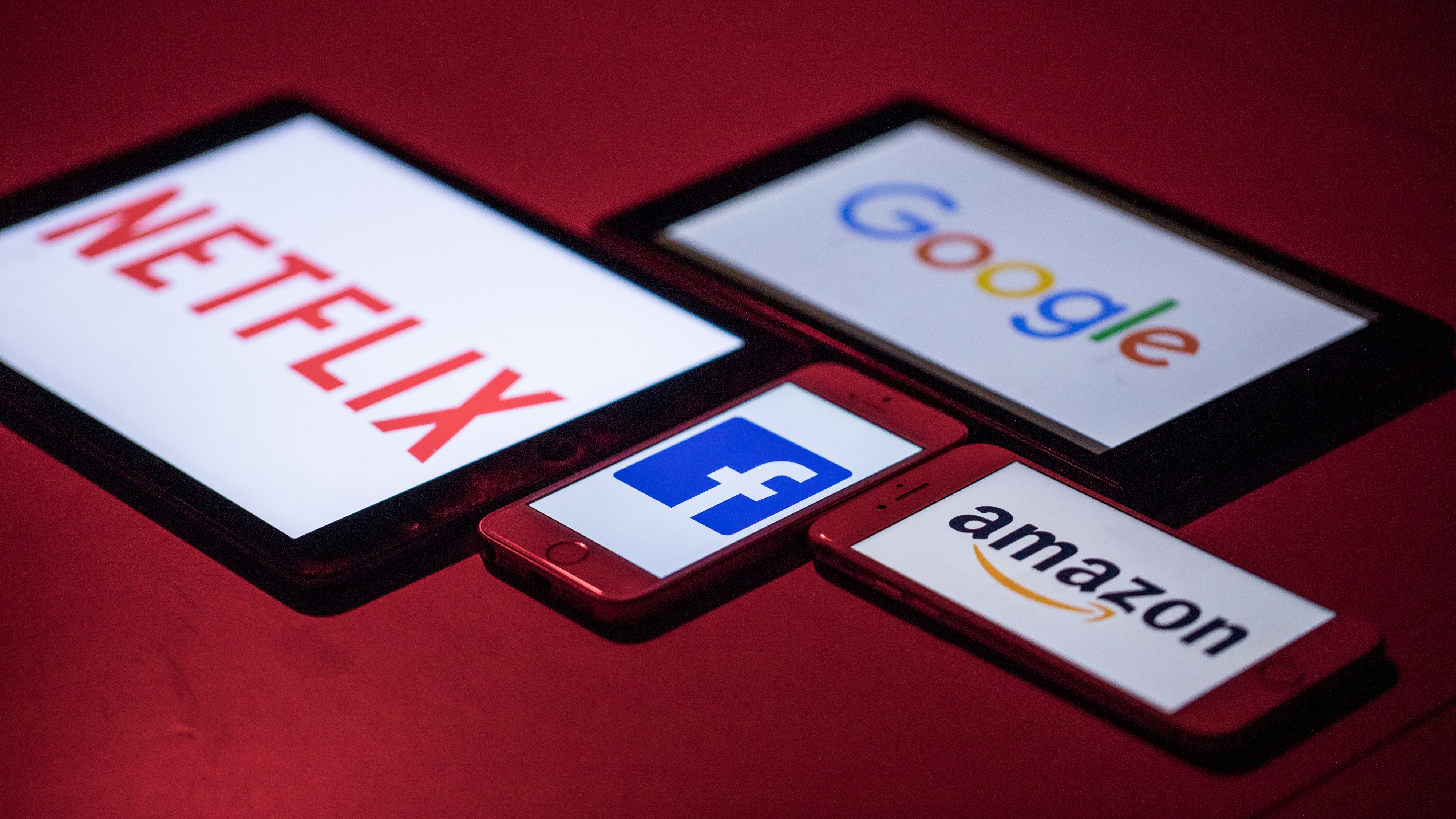 Does regulatory risk scare you off from investing in large tech companies?

Cicilline’s committee questioned executives of Google, Facebook, Amazon and Apple Inc. about whether they are harming competition. Amazon faced particular criticism with Cicilline suggesting its business model suffers from conflicts of interest and that it can use its control over data to thwart competition from third-party sellers on its platform.

Amazon lawyer Nate Sutton denied the company uses data it collects on sales to favor its own products over third-party sellers. He also argued that it’s common in the retail industry for stores to sell their own brands that compete against others.

Cicilline fired back: “The difference is Amazon is a trillion-dollar company that runs an online platform with real-time data on millions of purchases and billions in commerce and can manipulate algorithms on its platform and favor its own product -- that is not the same as a local retailer,” he said.

In a separate hearing, a bipartisan group of senators told Google’s global policy chief, Karan Bhatia, that they continued to have concerns about the breadth of a liability shield that protects platforms like YouTube and Facebook from lawsuits over content posted by third parties.

Cruz, fellow Republican Senator Josh Hawley of Missouri and Democrats Richard Blumenthal of Connecticut and Mazie Hirono of Hawaii cast doubt on part of a 1996 law that helped internet companies thrive, Section 230 of the Communications Decency Act, by providing the legal protection.

Lawmakers increasingly want to limit that protection, which was already trimmed in cases of sex trafficking last year. They cite concerns about online abuse, hatred, election misinformation and allegations of anticonservative bias.

At the Senate hearing on Facebook’s cryptocurrency project, years of missteps over its handling of data and user privacy and exploitation of its platform by Russia in the 2016 presidential campaign caught up with the social media platform as lawmakers from both parties assailed the company and called it untrustworthy.

Brown, the committee’s ranking Democrat, denounced the company, calling it “dangerous” and comparing it to a toddler with a book of matches.

“Facebook has burned down the house over and over and called every arson a learning experience,” he said.

American officials, including Federal Reserve Chairman Jerome Powell and Trump, have expressed skepticism about the Libra project. Facebook has other problems in Washington, including a privacy investigation by the Federal Trade Commission over a scandal involving political consulting firm Cambridge Analytica. Last week, the FTC approved a US$5 billion settlement to resolve the case, but lawmakers and privacy advocates objected, saying that it didn’t go far enough.

Regulators were aghast that the tech giant wasn’t able to address concerns about money laundering, consumer protection and other potential risks after Facebook presented a white paper to more than a dozen officials from the Treasury Department, the Securities and Exchange Commission and other agencies about the Libra project, the Washington Post reported Tuesday.

“The calls to break up, the calls for data privacy laws, the calls for concern around Libra and Calibra are all around this idea of kind of the abuse of the dominance of the platforms, the lack of accountability,” Ashkan Soltani, the former FTC chief technologist, told Bloomberg TV on Tuesday.