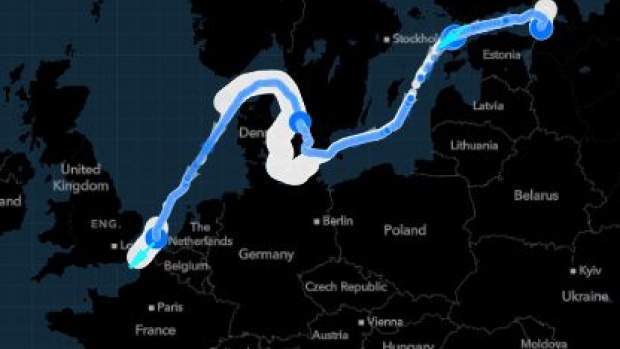 Factories and storage tanks outside the Deendayal Port Authority in Kandla, India, on Thursday, Sept. 8, 2022. India is scheduled to announce its CPI figures on Sept. 12. , Bloomberg

At least four companies are seeking Russian cargoes that can load by Dec. 5 and discharge before Jan. 19, according to people familiar with the matter. That timeframe fits with a grace period being granted on oil purchases under a US-led measure to cap the price of Moscow’s sales.

The price cap is scheduled to be implemented alongside European Union sanctions on Russian seaborne imports on Dec. 5, and is designed to keep crude flowing but crimp the Kremlin’s revenues as it wages war in Ukraine. The cap level is set to be announced this week.

The US and UK have said that their companies will be given a grace period to unload their cargoes until Jan. 19 to take into account shipments that were loaded before the cap came into force. The EU has yet to say whether it will mirror that provision. Two key Indian oil refiners last month halted one-off purchases on concerns over the fallout of sanctions.

India has been a vital outlet for Russian oil after most other buyers shunned shipments because of Russia’s war in Ukraine. The country is Asia’s second-biggest crude importer and actively purchases a range of grades from flagship Urals to oil shipped from the Far East -- ESPO and Sokol.

Two Suezmax tankers hauling Russian oil are currently headed to Sikka on India’s west coast and are estimated to arrive after Dec. 5, according ship-tracking data compiled by Bloomberg and Vortexa Ltd. The tankers are likely transporting Urals crude loaded at western ports.

Sokol, which loads from the De-Kastri terminal, is now at a discounted price that makes the grade attractive to Indian buyers, said the people who asked not to be named because the information is private. Refiners are purchasing Sokol on a delivered basis from smaller traders, they added.

The grade has typically been favored by North Asian buyers due to its close shipping distance and diesel-rich quality.