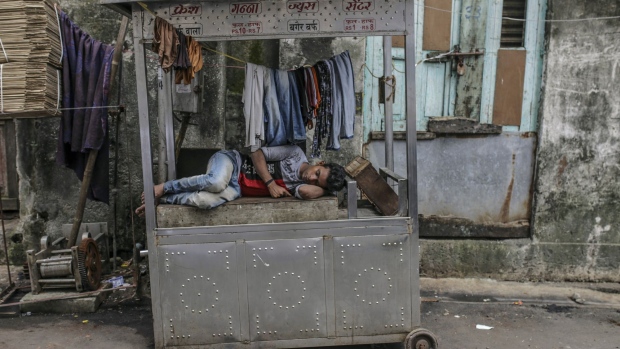 Commuters walk past a taxi parked outside the Howrah Junction railway station in Kolkata, India, on Friday, May 26, 2017. India is scheduled to release first-quarter gross domestic product figures on May 31. , Bloomberg

Rigid land and labor laws and protectionist trade policies are hindering investment in India even though the government has made strides in improving the ease of doing business, according to the World Bank.

“What inhibits are restrictive regulations which affect its land, labor, logistics and also its policies which affect trade and goods and services,” said Aaditya Mattoo, an economist with the World Bank and co-author of the World Development Report 2020 on global value chains. That’s why the production that has relocated from China due to the trade war “has not gravitated toward India,” he said in New Delhi on Tuesday.

India jumped 14 places to 63rd in the World Bank’s latest rankings on ease of doing business, but logistics costs are still three times higher in India than in China and two times higher than in Bangladesh. With its 1.3 billion people, India is the biggest consumer market in Asia after China, yet businesses are overlooking India in favor of manufacturing powerhouses like Vietnam amid the trade war.

Companies operating in India have little flexibility in hiring and firing workers, while acquiring land is not easy. The labor laws are something Prime Minister Narendra Modi wants to address in new legislation as he ramps up reforms to bolster a slowing economy.

Mattoo said the trade war is weighing on growth prospects, and if increased global policy uncertainty curbs investment, India’s income and exports would both decline by about 1 percentage point.

“There is a real risk that India could end up suffering from these trade tensions,” he said. “The current tensions might thrust another 7 million people in India into poverty because of reduced investments globally and slowing trade growth.”

To contact the editors responsible for this story: Nasreen Seria at nseria@bloomberg.net, Muneeza Naqvi