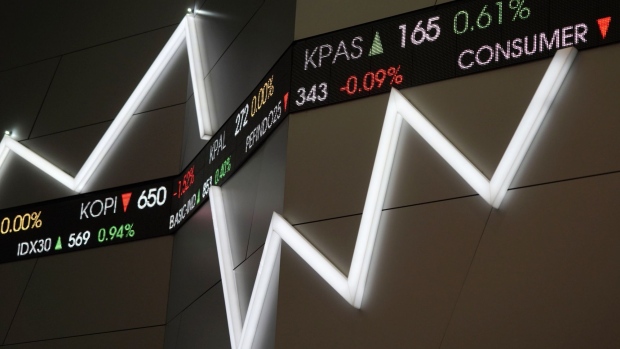 (Bloomberg) -- Indonesian stocks slumped, heading for their biggest monthly decline in more than 11 years, as investors grew jittery over the economic impact of the fast spreading coronavirus on Southeast Asia’s largest economy.

Foreign investors have net sold almost $300 million of Indonesian shares this week as the nation’s currency and bonds were also routed. While the rupiah is down 2.4% this week, the worst performance November 2013, the yield on benchmark 10-year government bonds has risen more than 25 basis points, according to data compiled by Bloomberg.