McCreath: Market is concerned about future inflation because Fed shows no concern

America is quickly becoming an inflation-obsessed nation amid record-shattering stimulus and easy monetary policy, if you go by internet search trends.

According to data compiled by Nordea Bank ABP and Macrobond Financial, Google searches for the term “inflation” this year have hit the highest level since 2004 as concerns over rising asset prices migrate from Wall Street to Main Street. 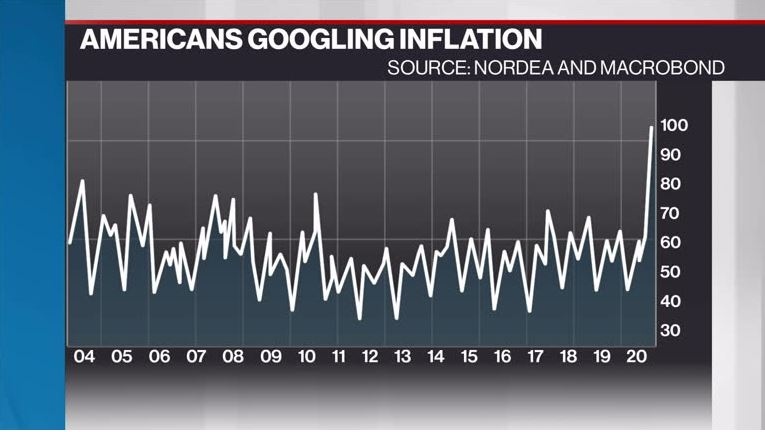 Inflation and fiscal stimulus are inextricably linked, as an increase in the amount of cash in the financial system typically reduces each dollar’s purchasing power. That leads to increases in the price of everything from avocados to real estate to equities.

While core U.S. inflation continues to be muted, rising just 0.1 per cent month-over-month in February, that measure of inflation excludes food and energy costs, two items that are felt acutely at the household level.

U.S. gasoline prices were up 6.4 per cent from the month earlier, dealing consumers some pain at the pump due to higher underlying energy prices. Meanwhile, food costs rose 0.2 per cent, with the bulk of the increase being in grocery costs as consumers continued to eat at home due to pandemic restrictions.