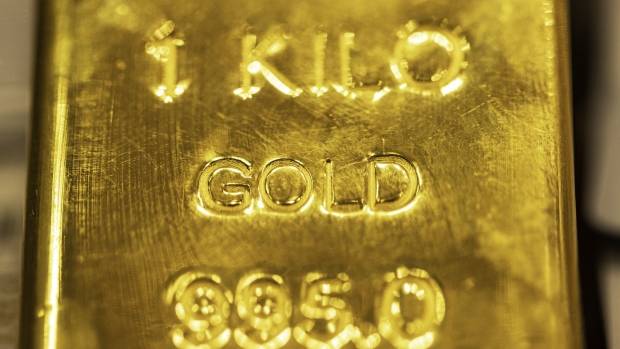 A gold bar on display in a shop window in the Gold Souk in the Deira district of Dubai, United Arab Emirates, on Wednesday, Feb. 10, 2021. While silver’s jump to an eight-year high on Feb. 1 benefited many long-standing bulls on Wall Street, shop owners thousands of miles away in Dubai’s Gold Souk were far less euphoric. , Bloomberg

The purchases mean the institution has increased its holdings of the precious metal by more than three tons in three months, a 60% increase from the level maintained for over a decade.

Ireland’s annual inflation rate was 5.3% in November, with the country’s Economic and Social Research Institute warning that price rises may be higher than previously forecast in 2022.

When contacted the Central Bank of Ireland refused to give any reason for its renewed interest in gold, saying “the central bank’s transactions in gold are commercially sensitive and it cannot disclose details of its asset management strategy beyond the information set out in the Annual Report.”

Karl Whelan, a professor of economics at University College Dublin and a former economist at both the Irish central bank and the Federal Reserve said “it’s unclear what the bank’s motivation for this is -- perhaps it is related to gold being perceived as a useful hedge against inflation but there is little historical evidence for that.”

The price of gold in euros hit an all time high in November.