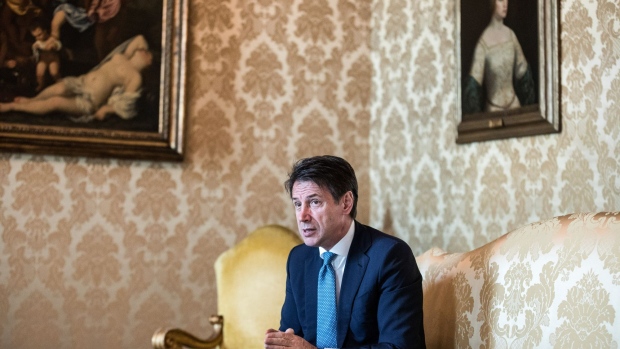 Prime Minister Giuseppe Conte plans to allow citizens to move freely within Italy starting on June 3, a key step in his effort to reopen the country after more than two months of lockdown.

Retail stores and other businesses will reopen on Monday, according to a draft decree obtained by Bloomberg. Citizens will also be allowed full free movement within their home regions starting that day. The new lifting of restrictions will be contingent on no new outbreaks in specific areas, the draft says.

Conte, who shut down most of the economy in early March to combat the spread of the coronavirus, allowed the manufacturing and construction industries to return to full operations early this month, while also giving Italians slightly more liberty, allowing activities like walking, jogging and visits with family and loved ones.

The administration approved a second stimulus package worth 55 billion euros ($59.5 billion) on Wednesday night in a bid to reduce the economic impact of the pandemic. The plan focuses on liquidity for businesses and aid to families hurt by the lockdown. A 25 billion-euro package was passed in March.

The European Commission forecasts that Italy’s economy will shrink 9.5% this year while Bloomberg Economics sees a 13% contraction. With tax revenue collapsing and a desperate need for stimulus, the country’s mammoth debt will rise to well over 150% of gross domestic product, the commission said.

The Cabinet is expected to approve the decree later on Friday. Conte’s office did not immediately respond to a request for comment.

The government, under pressure from coalition allies and regional leaders especially in the hardest-hit North, has said it will provide reopening guidelines to regional governors, who will then decide how to apply them. 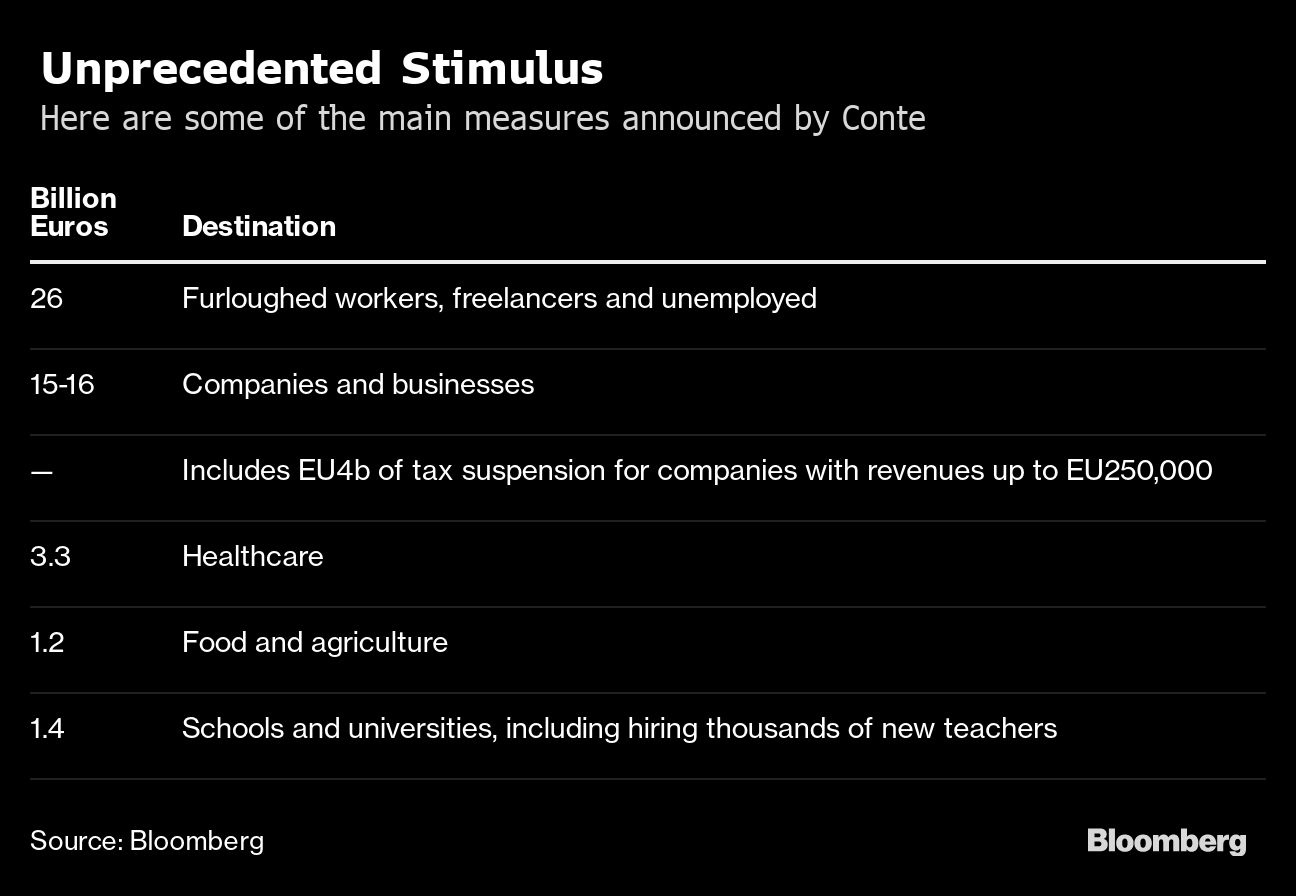 The draft decree paves the way for all businesses including bars and restaurants to reopen next week, as long as they respect social distancing and other health and safety rules.

The Lombardy region around Milan, the area hardest hit by the pandemic, has yet to decide when it will allow shops and restaurants to reopen, as Governor Attilio Fontana awaits more data from experts before taking a final decision, Milan Mayor Giuseppe Sala said Friday.

--With assistance from Marco Bertacche and Tommaso Ebhardt.