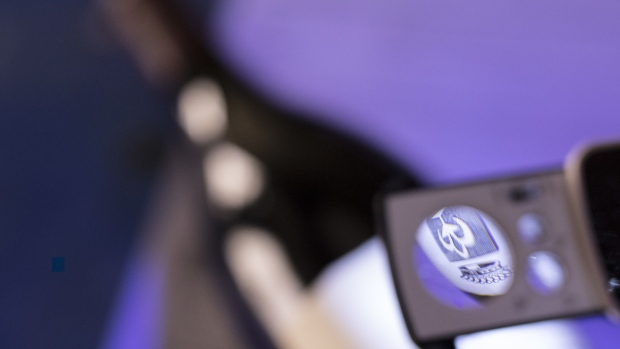 (Bloomberg) -- Philip Moulin pries the lid off a wooden crate and removes a bottle of a 2000 Bordeaux that can fetch $10,000 per case. But Moulin has neither corkscrew nor decanter in hand. Instead, he scans the label with a digital magnifying glass and grunts with satisfaction when he finds a strand of microscopic letters spelling out “Chateau Margaux” repeatedly in an image of the winery’s grand estate—an indication that the wine is authentic.

Moulin is the in-house detective at Berry Bros. & Rudd, a 321-year-old wine merchant that stocks the cellar at Buckingham Palace and stores more than 6 million bottles for collectors. With counterfeit wines proliferating amid soaring prices for prized vintages, his job is to prevent fakes from landing in the company’s cavernous warehouse 50 miles west of London, where the temperature is maintained at a constant 53.6 degrees F.

Much of the wine customers keep at Berry Bros. will eventually be sold on the merchant’s online marketplace, so it’s in the company’s interest to ensure everything it stores is the real deal. “My aim is to not let anything threatening come into the business and damage our reputation,” Moulin says.

As workmen negotiate the warehouse aisles on mini-forklifts behind him, Moulin moves on from the Margaux to a consignment of Italian reds—one of the dozen or so cases he’ll inspect throughout the day. His workbench is strewn with magnifying loupes, ultraviolet pen lights, a laptop hooked up to a digital microscope, and a hammer and chisel for opening wooden wine cases. But his best resource is the knowledge he’s gleaned from 25 years working with what Galileo called “sunlight, held together by water.”

Fraudsters use myriad tricks to fool buyers into paying top dollar for bogus wine. They fabricate labels, recycle old bottles and corks, and conjure up phony purchase histories for their ersatz vintages. While criminals have long favored faking older wines because they’re so pricey, Moulin and other experts say scammers are increasingly targeting newer vintages because they tend to attract less scrutiny.

A year ago, Chinese authorities seized more than 50,000 bogus bottles of Penfolds, the prestigious Australian producer, in a raid in Zhengzhou. In February, three men in Italy were charged with counterfeiting some 11,000 bottles of Tignanello, an opulent red from the Marchesi Antinori winery in Tuscany.

Though the wine, dated from 2009 to 2011, didn’t make it to market, Moulin was alarmed that an alleged organized crime gang had faked a Super Tuscan that runs $80 a bottle instead of an aged Bordeaux or Burgundy that might fetch north of $10,000. “The counterfeiting of younger vintages is being done at a really high standard and at scale,” Moulin says.

Ever since California con man Rudy Kurniawan flooded the fine wine market with tens of thousands of fakes a decade ago, vintners have scrambled to protect their handiwork from grifters. They mark their bottles with holograms visible only in ultraviolet light, emboss glass with intricate engravings, and use invisible inks and rare paper on their labels.

In September, a San Francisco company called Chai Vault even started embedding computer chips in the foil atop bottles to record and track them on a digital ledger based on blockchain, the technology that underpins bitcoin. The idea is that registering rare wines in a tamper-proof database means their authenticity will never be in doubt.

Even so, there’s little chance scammers will be deterred, says Maureen Downey, the founder of Chai Vault and a wine sleuth who helped the FBI bust Kurniawan in 2012.  There’s just too much money to be made as collectors continue driving up the prices of top-shelf Bordeaux, Burgundies, Napa Valley cabernets, and Italian reds. In the first half of this year, Sotheby’s auctioned a record $65 million worth of wine, a 23% jump from the same period in 2018. And just about any anti-fraud measure can be beaten by well-financed organized crime networks, Downey says.

“All those solutions are cosmetic, and anything cosmetic can be counterfeited,” she says. “If criminals get $500,000 in funding and a digital printer, they can do it at the same level as producers.”

In 2013, Moulin turned to Downey for training in the dark arts of wine fraud. Using evidence gathered in her investigation of Kurniawan, she showed Moulin how the master fraudster fabricated renowned wines and warned that it’s not always possible definitively say whether a bottle is legit. “There are a lot of grey areas in this job, but she taught me to trust my instincts,” Moulin says.

His skills were tested before Downey had even finished her lessons. A 40-year-old Henri Jayer Richebourg, a Grand Cru Burgundy that sells for about $15,000 a bottle, came across his workbench. At first glance it looked perfect, but he and Downey were suspicious. Moulin, who keeps the bottle on hand as a reminder of the importance of constant vigilance, pulls it from a drawer and rubs the label. “Jayer used ridged paper and this is quite smooth,” he says.

Moulin points to a small secondary label that indicates the pinot noir was bottled by an outfit in Belgium; the late Jayer bottled only at his estate. Add it up, he says, and it’s clear it’s a counterfeit made by Kurniawan: “Everything about this bottle screamed problem.”

A chatty 48-year-old native of the southern coast of England, Moulin grew up drinking diluted wine poured by his French grandfather at the dinner table. After college, he got a job on the sales floor of Majestic Wines, a major U.K. retailer. In 1997 he jumped to Berry Bros. and fell in love with rare old vintages the day he tasted a 1986 Le Pin, known for its flavors of licorice and black cherries. “I can still taste it now,” Moulin says.

In 2000, he switched from sales to hunting for valuable bottles that Berry Bros. might purchase and resell. His quest took him from the dank basements of country estates to high-ceilinged flats in London’s toniest neighborhoods. Sometimes his expeditions ended in farce—one family had run heating pipes through their basement during a renovation, cooking several cases of sleeping claret. Other times he felt like he’d unearthed a Picasso at a yard sale, like the day he pulled six perfectly preserved bottles of 1947 Cheval Blanc, dubbed the wine of the century and valued at more than $6,000 apiece, from a widow’s cellar.

In time, Moulin became so steeped in labels, bottle quality, corks, and the effects of time that colleagues started coming to him for help authenticating rare wines. Seven years ago, Berry Bros. asked Moulin to take on the role full-time and get some formal training. While Moulin only comes across a fake every couple of months, he doesn’t dare let down his guard.

With thousands of Kurniawan’s bogus bottles still unaccounted for, Moulin and his team photograph and inspect virtually everything that comes in the door, and he won’t hesitate to reject a case that shows even a hint of fakery. “If we get to a point where we feel we have to open the bottle and try the liquid inside, then I consider the wine a lost cause,” he says. “We have to err on the side of caution.”

To contact the author of this story: Edward Robinson in London at edrobinson@bloomberg.net

To contact the editor responsible for this story: David Rocks at drocks1@bloomberg.net