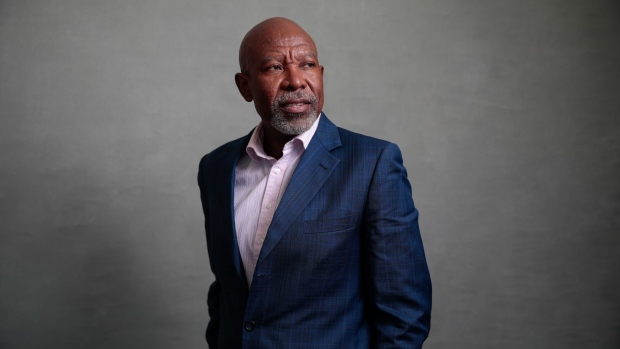 (Bloomberg) -- Traders tempered expectations for the largest South African increase in borrowing costs in almost two decades after the head of the nation’s central bank said it may consider raising interest rates by only half a percentage point in July.

Annual inflation that surged above the Reserve Bank’s target range for the first time in more than five years in May had moved traders to price in at least one 75-basis-point increase this year. A three-quarter percentage point hike would be the biggest since September 2002, when the bank lifted the benchmark rate by 100 basis points.

Before the price shock, the implied policy rate path of its quarterly projection model, which the monetary policy committee uses as a guide, indicated the key rate will be at 5.3% by year-end. While the central bank’s baseline scenario for increases of 25 basis points at each of its next three meetings remains, the possibility of lifting the repurchase rate by 50 basis points next month is “not off the table,” Governor Lesetja Kganyago said in an interview with Bloomberg TV on the sidelines of the European Central Bank’s annual policy forum in Sintra, Portugal.

Forward-rate agreements, used to speculate on borrowing costs, are now pricing in about 50 basis points of tightening at the next MPC meeting scheduled for July 21. That compares with 63 basis points before Kganyago’s comments. The market anticipates 175 basis points of hikes in total by year-end.

The annual inflation rate climbed to 6.5% in May, compared with the central bank’s estimate of 6.3%, Kganyago said. The Reserve Bank prefers to anchor inflation expectations close to the midpoint of its 3% to 6% target range and has raised the key rate by a cumulative 125 basis points to 4.75% since November.

Aggressive upward moves should help prop up a local currency that’s weakened since the Fed delivered it biggest interest-rate increase since 2000 and anchor domestic inflation expectations.

Still, the unwinding of extraordinary pandemic-era monetary policy stimulus measures are likely to draw criticism from some politicians and labor unions amid a deterioration in domestic economic prospects and fears of a cost-of-living crisis.

“We don’t even see it so much as a slamming of the brakes,” Kganyago said. “It is more like taking your foot off the accelerator than slamming on the brakes.”

In May, the central bank cut its 2022 economic growth forecast for South Africa to 1.7% from 2%. That’s after deadly floods wreaked havoc in KwaZulu-Natal province, the second-largest contributor to gross domestic product. It’s likely to lower its projection even further after state-owned power utility Eskom Holdings SOC Ltd., which generates almost all of the country’s electricity, deepened power cuts to the worst level since 2019.