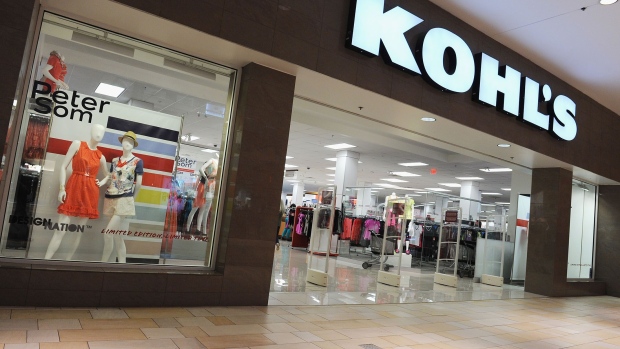 Kohl’s Corp. reported third-quarter sales that fell short of analysts’ expectations, but said the holidays may bring some much-needed relief.

Chief Executive Officer Michelle Gass said on a conference call Tuesday that sales have rebounded in September and October after the pandemic eroded back-to-school sales. Executives said they’re optimistic the trend will continue through the vital holiday shopping season.

Kohl’s shares rose as much as 6.1 per cent to US$27.70 in New York trading, erasing an earlier decline. The stock has fallen 49 per cent this year through Monday’s close.

Management plans to sell more “active and casual” clothes like gym clothes and loungewear, and increase the segment from to more than 30 per cent of the business, up from 20 per cent, to capitalize on apparel trends during the COVID-19 pandemic. Kohl’s will start selling its own activewear brand, called Flex, in March.

Home goods also showed some promise for Kohl’s, with sales for the category rising 10 per cent. Shoppers are clamoring for kitchen items such as cookware and small electric appliances as they stay home and make their own meals during the pandemic.

Kohl’s revenue declined 13 per cent in the third quarter from a year earlier, easing from the 22.9 per cent drop in the previous period. The Menomonee Falls, Wisconsin-based company said it plans to reinstate a dividend during the first half of 2021.

Same-store sales, a critical gauge of the sector’s performance, fell 13.3 per cent in the quarter ended Oct. 31, slightly worse than the estimate for a decline of 12.3 per cent from Consensus Metrix.