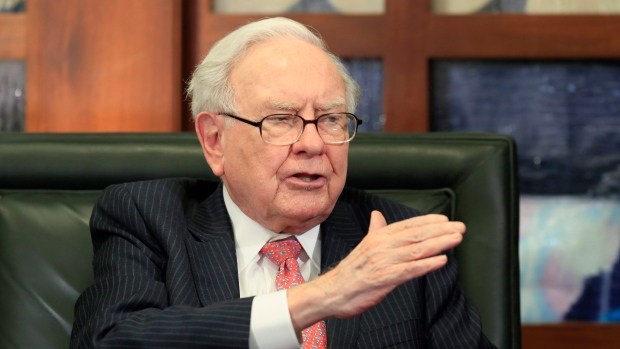 In a Monday, May 8, 2017, file photo, Berkshire Hathaway Chairman and CEO Warren Buffett speaks during an interview at the Fox Business Network in Omaha, Neb. , The Canadian Press

When asked whether Kraft Heinz might buy a company like Mondelez, he told CNBC, “I think the answer is no on that.” Berkshire is the largest shareholder in Kraft Heinz and controls the company along with private equity firm 3G Capital.

After Kraft Heinz’s rebuffed attempt to acquire Unilever earlier this year, investors have been pondering whether the company will go after another big consumer-products maker. Mondelez, the maker of Oreos and Triscuits, is often cited as a possibility -- in part because it used to be part of Kraft. The two companies split up in 2012, a breakup intended to help Mondelez focus on global markets.

Buffett’s remarks sent Mondelez down as much as 3.6 per cent to US$40.39, the biggest intraday decline since February. Other packaged-food makers also fell in the wake of the comments. Campbell Soup Co. (CPB.N) and General Mills Inc. (GIS.N) both dropped into negative territory, and Kellogg Co. (K.N) slipped as much as 1.2 per cent.