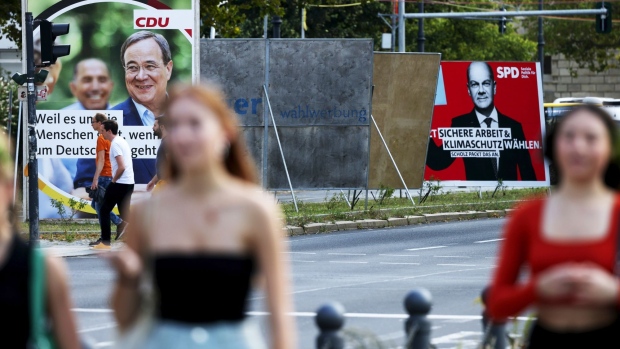 (Bloomberg) -- Armin Laschet took a page from the Christian Democrats’ trusted playbook, rolling out a package of law-and-order policies as he labors to narrow the gap to the Social Democrats under Olaf Scholz.