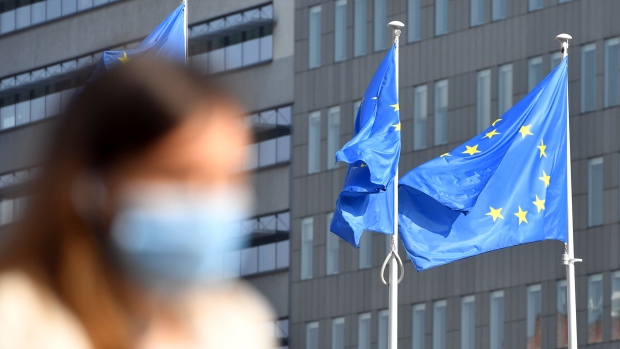 (Bloomberg) -- The key lawmaker on the European Union’s climate-goals regulation is seeking more stringent tools to ensure each member state cuts emissions in line with the bloc’s overarching aim of carbon-neutrality.

A set of amendments drafted by Jessica Polfjard, a Swedish member of the EU Parliament steering the climate regulation through the assembly, would require the European Commission to submit by 2026 a report detailing a net zero-compatible pathway to reduce emissions for each nation. The EU executive would then propose new laws to achieve those objectives, according to the draft changes seen by Bloomberg News.

The proposal would force Poland to drop its demands for a slower individual path to net-zero.

“If you and I decide to run a marathon, it won’t be enough if I run 2 kilometers and you run 40,” Polfjard said on Friday. “The same goes for our climate work. Europe will not be able to reach our climate goals unless every member state contributes.”

The regulation on sharing the emissions-cutting efforts among EU nations is part of a broader package of laws to implement the European Green Deal and meet a stricter climate goal for 2030. The bloc’s new pollution-reduction target for the end of the decade was toughened to at least 55% from 1990 levels from an earlier 40%.

The draft proposed by the European Commission in July is currently being debated by the EU Parliament and member states in the EU Council. Each institution has the right to propose their own changes, and then the final shape of the law will be ironed out in talks that will also involve the Commission. The whole process may take around two years.

Polfjard also proposed that member states face financial penalties for exceeding their emissions quota. The penalty for every excess metric ton of CO2 would be based on the price of allowances in the EU Emissions Trading System, the bloc’s cap-and-trade program that covers manufacturers, power producers and airlines, and is set to expand into shipping.

“A general principle in society is that if we have common rules and that there are penalties for not abiding by them,” Polfjard said. “The same should definitely apply to climate work, where member states who don’t reach their climate targets must face consequences.”