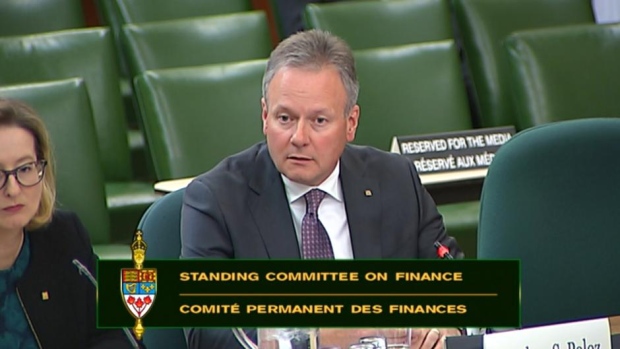 TORONTO - The Canadian dollar strengthened against its U.S. counterpart on Tuesday but sharp gains made after its official close on Monday were mostly pared after the central bank clarified remarks made by Bank of Governor Stephen Poloz.

Remarks that were reported on Monday in some media and were interpreted by the market as conveying a wait-and-see approach from the central bank had left the market scaling back expectations for rate cuts. But the central bank later clarified those remarks in an email.

“My statement concerning the need to wait 18 months was in reference to the time frame over which the output gap is  expected to close, as noted in the Bank's October Monetary Policy Report. It was not intended as a reference to the Bank's

Canada acknowledged last week that it had considered cutting interest rates at its policy meeting.

It touched its weakest in seven months on Monday at $1.3398.

The 2-year yield fell 4.2 basis points further below its

U.S. equivalent to leave a spread of -31.7 basis points, its widest since June 2, as Canadian government bonds outperformed.