The third-quarter shortfall of $11.1 billion (US$8.3 billion) that Statistics Canada reported Monday was wider than the $4 billion gap expected in a Bloomberg survey of economists.

The current account is a broad measure of international payments and receipts that includes trade in goods and services, as well as other sources of income and investments. Large surpluses tend to support currencies, while deficits can act as a drag. 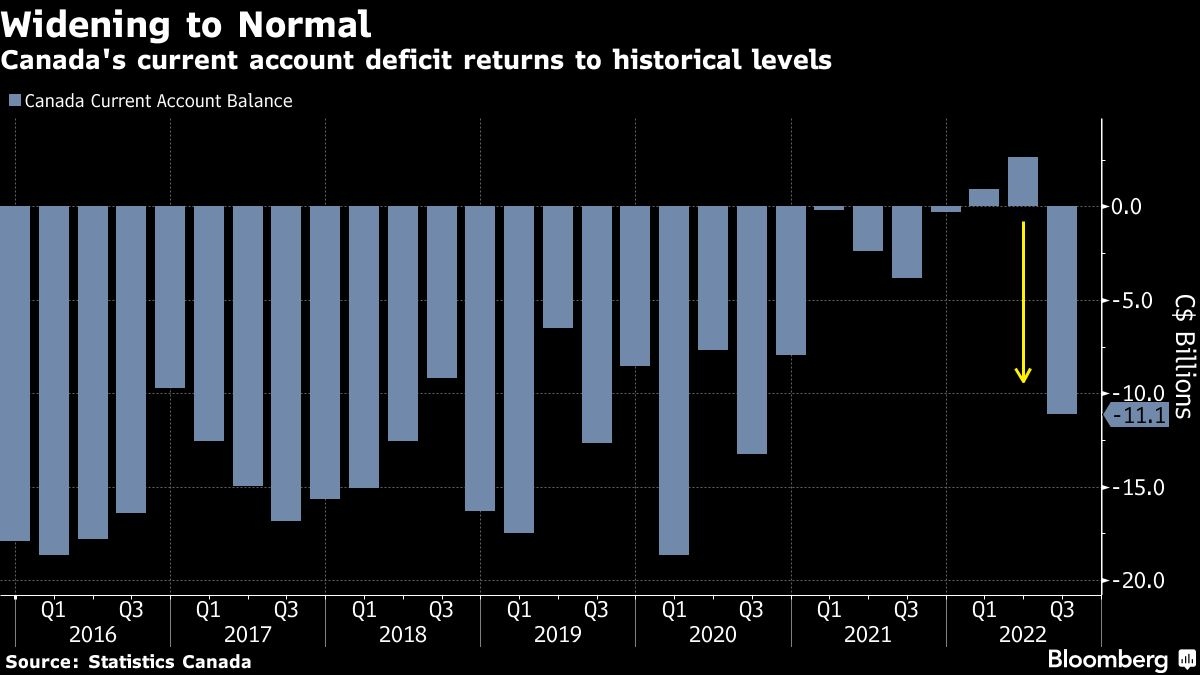 Canada’s larger-than-expected deficit partly reflects lower energy prices, which the agency said fell 16 per cent in the third quarter, bringing the country’s surplus in goods to $1.7 billion from $10.4 previously. The service deficit widened to $5.7 billion as Canadians spent more abroad as borders reopened.

While Canada’s economy has proved persistently resilient, the data may portend a weaker-than-expected reading for quarterly expenditure-based gross domestic product, due Tuesday.

The data mark a return to pre-pandemic historical averages. The current account deficit averaged about $14 billion in the decade prior to 2020.

Canada’s “string of six quarters near or above balance has ended; we expect deficits to persist into 2023 as trade and income flows return to more normal patterns,” Shelly Kaushik, an economist at Bank of Montreal, said in a report to investors.