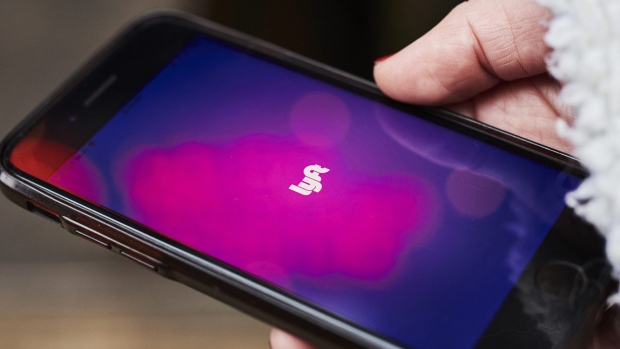 The Lyft Inc. application is displayed on an Apple Inc. iPhone in this arranged photograph taken in New York, New York, U.S., on Sunday, Feb. 24, 2019. Valued at $15.1 billion on the private markets in its last funding round, Lyft is aiming for an IPO valuation of $20 billion to $25 billion, a person familiar with the matter has said. Photographer: Gabby Jones/Bloomberg , Photographer: Gabby Jones/Bloomberg

(Bloomberg) -- A federal judge issued a sharp warning to Lyft Inc. -- and other gig-economy companies that operate in California -- that refusing to treat drivers like employees is “really disregarding the rule of law.”

During a hearing over a demand by drivers for sick pay during the coronavirus outbreak, U.S. District Judge Vince Chhabria said Thursday the refusal to reclassify drivers from independent contractors to employees violates a new California law, Assembly Bill 5, aimed at making it easier for workers to qualify for an array of workplace benefits from health care to overtime.

“It’s obvious that A.B. 5 applies by its terms to its drivers, and A.B. 5 was intended to apply to” companies like Lyft, Chhabria told lawyers during a teleconference. Lyft and other companies that resist reclassifying drivers “are really disregarding the rule of law,” he said.

Lyft, Uber and other firms that save millions of dollars in labor costs relying on contractors are already engaged in multiple court battles over A.B. 5, but Chhabria may be the first federal judge to publicly say so clearly that the companies are on the wrong side of the law. Meanwhile, Uber, Lyft, Postmates Inc,, Instacart Inc. and DoorDash Inc. have pledged $110 million for a ballot measure to change A.B. 5.