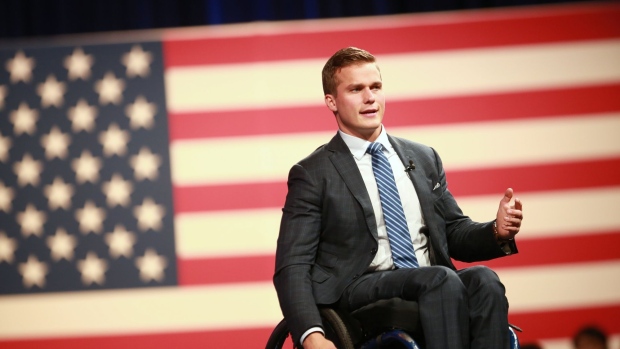 (Bloomberg) -- The House Ethics Committee said Monday it is investigating whether North Carolina GOP Representative Madison Cawthorn may have improperly promoted a cryptocurrency in which he had a undisclosed financial interest.

It is the latest trouble for the first term House member, who lost his primary last Tuesday as a result of multiple controversies and miscues that prompted many prominent Republicans in the state to campaign against him.

The announcement from the bipartisan ethics panel said the investigation also will include looking into whether “Cawthorn engaged in an improper relationship with an individual employed on his congressional staff.”

The committee provided no details about the accusations, though North Carolina Senator Thom Tillis had publicly called for an investigation into whether Cawthorn engaged in insider trading and pictures leaked before the primary had raised questions about the relationship between Hawthorn and the staff member.

“We welcome the opportunity to prove that Congressman Cawthorn committed no wrongdoing and that he was falsely accused by partisan adversaries for political gain,” Harp said in a statement.

The Washington Examiner reported on April 26 that several independent watchdog groups questioned whether Cawthorn violated insider trading laws when he promoted the Let’s Go Brandon token, which refers to a euphemism for a vulgar anti-Biden sentiment.

“Tomorrow we go to the moon!” Cawthorn, 26, said Dec. 29 on his Instagram account on a photo of him with James Koutoulas, a co-founder of the cryptocurrency. The next day Nascar driver Brandon Brown, who inspired the “Let’s Go Brandon” meme, announced the token was his racing team’s primary partner for 2022.

The value of the LGB token spiked after Brown’s announcement, according to the Examiner.

After publication of the Washington Examiner report, Tillis tweeted that, “Insider trading by a member of Congress is a serious betrayal of their oath, and Congressman Cawthorn owes North Carolinians an explanation. There needs to be a thorough and bipartisan inquiry into the matter by the House Ethics Committee. #ncpol”