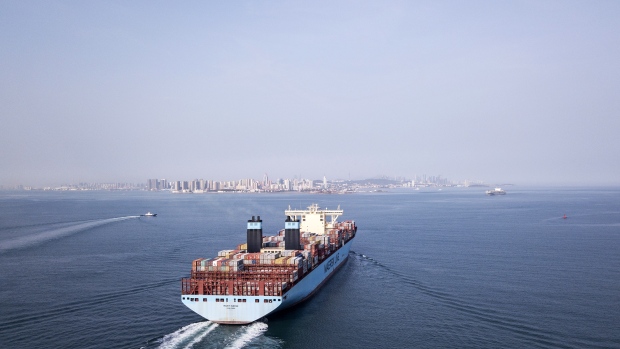 A.P. Moller-Maersk A/S lost more than a tenth of its value on Thursday after revealing it expects to earn less money in 2019 than analysts had predicted.

The world’s largest shipping line said it expects Ebitda -- a measure of operating profit -- to be around US$4 billion in 2019, according to a statement on Thursday. That compares with an average estimate of US$4.77 billion in a Bloomberg survey of analysts.

The shares sank as much as 12 per cent in Copenhagen, marking their worst day since June 2016. Chief Executive Officer Soren Skou acknowledged that “profitability needs to improve.” Analysts agreed.

“Maersk just announced its 2018 results and its outlook for 2019 with an hour’s delay. The shares are falling massively [...] and there’s overall a good reason for that,” said Per Hansen, an investment economist at Nordnet.

“Maersk and its container shipping peers face a real test of demand, we expect trade is in for a significant slowdown in 2019 as we are past the inventory buildup phase driven by cargo front-loading,” said Rahul Kapoor, an analyst at Bloomberg Intelligence in Singapore. Industry is unlikely to escape the souring economic sentiment and a deepening manufacturing slowdown.

In a note to analysts, Fearnley Securities referred to the “growing uncertainty” around Maersk, with “a lot of news to digest, but overall soft guidance, roughly 20 percent below expectations, and high uncertainty leaves continued poor risk-reward in our view.” 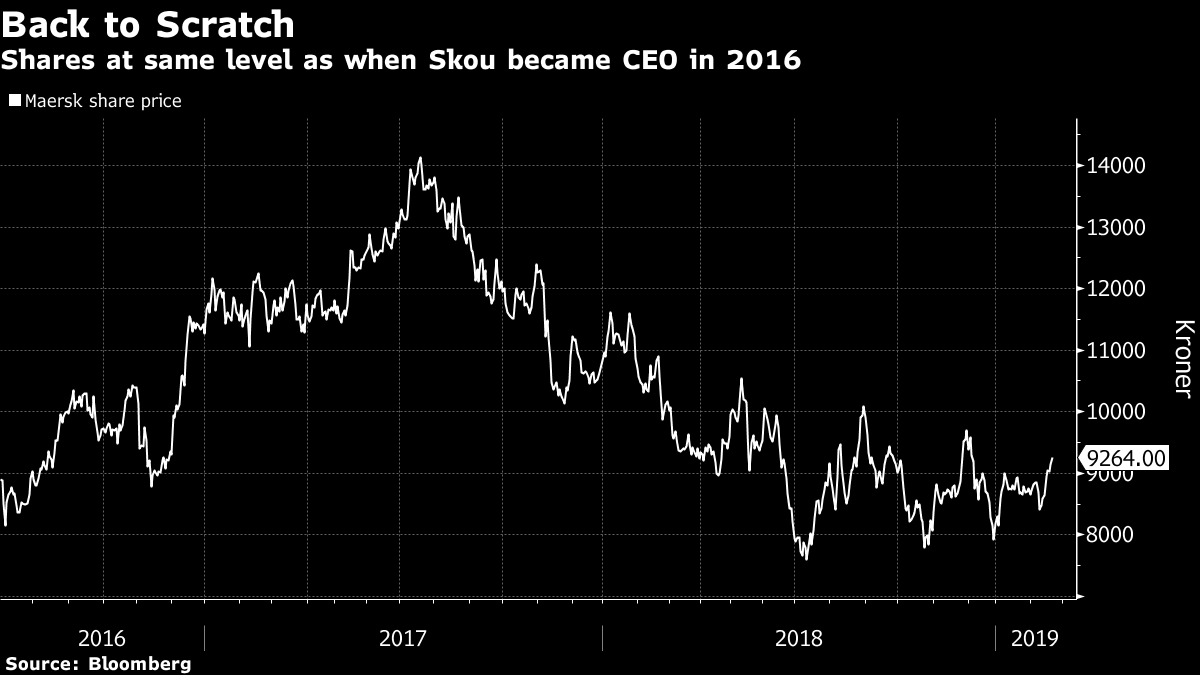 End of an Era

Maersk also used Thursday to announce the final stage in its efforts to bring to an end a conglomerate structure that had once relied on both energy and transport operations. Instead, the company will focus only on transport, and plans a separate listing of its oil drilling unit -- the last major corner of its energy business -- on April 4. The full-year report was Maersk’s first to exclude the oil drilling unit.

The drilling spin-off is a key part of Skou’s plans to focus on transport as he completes an historic shift that started when he became CEO in mid-2016. The end of Maersk’s century-old conglomerate structure was supposed to unlock value, but the share performance since Skou took over has been disappointing.

Back in April, Ane Maersk McKinney Uggla, whose family has a controlling stake in the company, asked shareholders to have “a little bit of patience” with Skou’s project.

In an interview with Bloomberg Television, Skou pointed to the uncertain global outlook as a key reason for the disappointing results.

“We see a world economy that is growing less this year than last year, we see a lot of trade tensions, ongoing negotiations between the U.S. and China,” he said in an interview with Bloomberg Television’s Matt Miller. “There seems there is positive momentum now but we don’t believe that’s the last of trade tensions, even if a deal is made , because the U.S. also wants to have a discussion with Europe.”

“And then we also see oil price creeping up, which affects our input costs,” Skou said. “We expect demand in our ocean segment to be only between 1-3 per cent growth this year. That’s a big factor when looking at our guidance.”

Maersk said its outlook was affected by new accounting standards. Ebitda for 2019 is expected to be around US$5 billion, when including the effects from IFRS 16, and around $4 billion, when excluding those effects, it said. From the first quarter, guidance for Ebitda will be based on IFRS 16, it said.

--With assistance from Nick Rigillo and Frances Schwartzkopff.