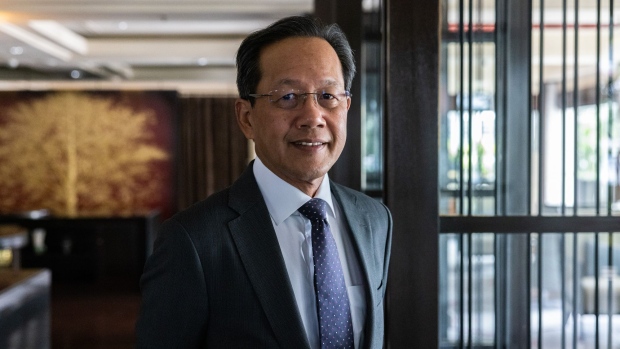 A Boeing Co. 737 aircraft, operated by Malaysian Airlines Bhd., taxis at the Kuala Lumpur International Airport (KLIA) in Sepang, Selangor, Malaysia, on Tuesday, March 17, 2020. Malaysia is restricting people's movement nationwide to limit the spread of the coronavirus. The country is banning all visitors, and residents are barred from traveling overseas while places of worship, schools and business premises will be shut except for markets that supply daily needs, Prime Minister Muhyiddin Yassin said in a televised address late Monday. Photographer: Samsul Said/Bloomberg , Bloomberg

“Our future network requires 50 narrowbody aeroplanes, so we have still got space for 25,” Izham said on the sidelines of an annual meeting of the Association of Asia Pacific Airlines in Bangkok. “We have to make some decision by next year.”

Deliveries from the existing Max order are due to begin in 2024. An order for 25 Max costs about $1.2 billion, based on prices compiled by aircraft appraiser Avitas Inc.

“We continue to work with our customers to meet their fleet requirements,” a Boeing spokesperson said. “We do not disclose ongoing customer discussions.”

Malaysia Airlines’ passenger traffic is back to 76% of pre-Covid levels, with a full recovery domestically, and should reach 82% by year-end, Izham said. China accounted for 17% of capacity before the pandemic and the country may start reopening by the second quarter next year, Izham said.

“We don’t have enough aeroplanes,” he said.

The airline is focusing on shifting passenger capacity from domestic to international markets amid concerns of overcapacity among carriers in Malaysia, the CEO said. Other challenges include high fuel prices, rising interest rates and a strong dollar in 2023.

The carrier will remove all Airbus A380s -- the world’s biggest passenger jet -- from its fleet by the end of this year and return them to the European planemaker, Izham said. Malaysia Airlines has six A380s.