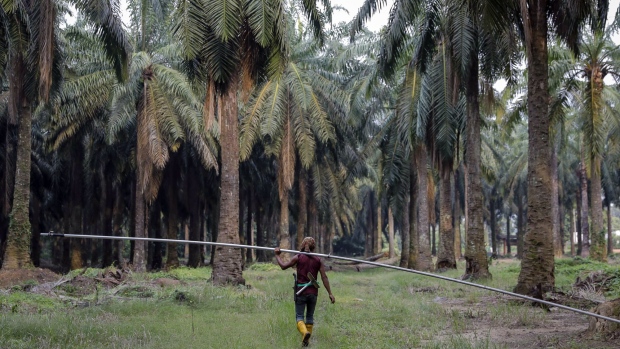 (Bloomberg) -- Malaysia’s state-owned investment firm Johor Corp. could seek to raise about 1 billion ringgit ($227 million) in an initial public offering of its plantation unit, according to people with knowledge of the matter.

The investment arm of the Johor state government is asking bankers for pitches for the potential listing of Kulim Malaysia Bhd., and is targeting a valuation of around $1 billion for the unit, the people said. An IPO in Kuala Lumpur could happen as early as next year, said the people, who asked not to be identified as the process is private.

The Kulim listing would come as a three year rally in crude palm oil prices has begun to sputter, falling from its peak in March as Indonesia ramps up exports.

Deliberations are ongoing and details of the IPO such as size and timing could change, the people said.

Johor Corp. is continuously reviewing its investments, and is committed to improving the value proposition of Kulim, said Hasnina Hafiz, head of group corporate communications, in response to a query from Bloomberg News.

Should Johor Corp. proceed with the plan, Kulim will be joining Malaysia IPO candidates including Weststar Aviation Services Sdn.’s helicopter services unit and QSR Brands (M) Holdings Bhd., which runs KFC and Pizza Hut restaurants in Southeast Asia. Malaysia hosted $408 million worth of IPOs so far this year, up from $130 million in the same period in 2021, data compiled by Bloomberg show.

Kulim traces its roots to 1933 when Kulim Rubber Plantations Ltd. was incorporated in the UK, according to its website. It was listed on the the Kuala Lumpur stock exchange in 1975 and Johor Corp. became a major shareholder of Kulim a year later. The state-owned firm took Kulim private in 2016.

The agricultural company has 55,796 hectares of planted areas with oil palm trees in Malaysia and 7,362 hectares in Indonesia, the website shows. Along with plantation, Kulim’s core business areas are fruit and vegetable farming, livestock and trading and services.