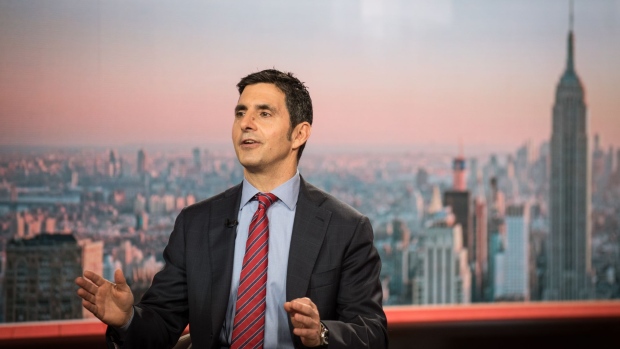 Independent Bank Analyst Mike Mayo speaks during a Bloomberg Television interview in New York, U.S., on Wednesday, April 26, 2017. Mayo discussed the impact of the Trump administration on banks and the outlook for Citigroup. , Bloomberg

(Bloomberg) -- JPMorgan Chase & Co. must prove to investors that its “superior standards for strategic and financial discipline are intact,” according to veteran bank analyst Mike Mayo.

Mayo and his team at Wells Fargo & Co. wrote Monday that they’re looking for new details on JPMorgan’s costs, capital and competition, among other things, at its investor day on May 23. In the note to clients, titled “Has JPM Lost Its Fastball?”, Mayo said the bank’s latest initiatives seem to cost more, take longer and increase risk.

Executives at the biggest U.S. bank told investors in January that they see expenses rising 8.6% this year to $77 billion excluding legal costs. Mayo cut his rating on the stock to equal weight from overweight following the fourth-quarter earnings report, which included that guidance, citing “front-loaded spending for less certain back-ended benefits.”

The biggest U.S. bank’s “reduced transparency, financial discipline, and shareholder consideration bring into question the level of investor trust derived from past performance,” Mayo wrote. “Nonetheless, this investor day comes better late than never and shows that JPM is still willing to highlight the stewards of shareholders’ capital.”

Longtime JPMorgan Chief Executive Officer Jamie Dimon has repeatedly described a landscape full of competitive threats and vowed to spend whatever it takes to stay ahead. His firm has been on a buying streak, with last year its most active for acquisitions and strategic investments since at least the financial crisis. JPMorgan said in January that more than half of its expected increase in costs this year is tied to investments.