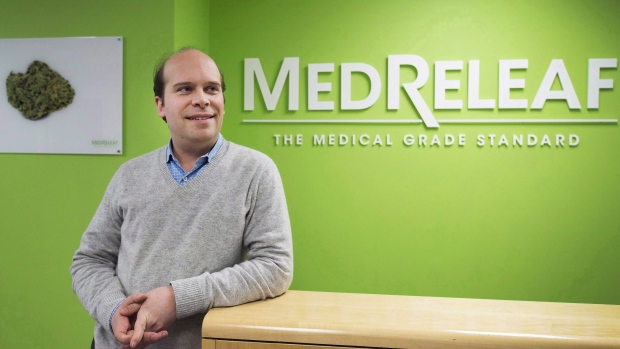 Medical marijuana producer MedReleaf Corp. said in a statement Thursday that it has not entered into any particular transaction, but confirmed that it has discussed “various alternatives” with industry players, including Aurora Cannabis Inc.

“The company confirms that it engages from time to time in discussions with other industry players, including Aurora Cannabis, regarding various alternatives,” MedReleaf said in a release. “The company has not entered into an agreement to effect any particular transaction, and there can be no assurance that such discussions will result in any such agreement.”

In a separate statement, Aurora also confirmed it has engaged in discussions with MedReleaf, adding that there is “no agreement, understanding or arrangement with respect to any transaction with MedReleaf.”

MedReleaf’s statement comes after The Globe and Mail reported that the Markham, Ont.-based firm was seeking a buyer and had contacted suitors. The Globe also cited a source saying that Edmonton-based Aurora had submitted a friendly bid to buy MedReleaf.

Shares in MedReleaf and Aurora Cannabis resumed trading at 1:45 p.m. ET on the Toronto Stock Exchange after being halted late Thursday morning.

Canada’s marijuana sector is undergoing a period of consolidation as the country aims to legalize recreational cannabis use by July.