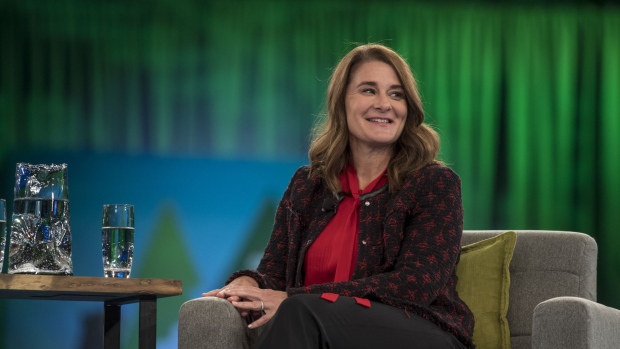 Melinda French Gates will increasingly give away her fortune through philanthropies other than the US$50 billion Gates Foundation.

French Gates, 57, intends to spread her wealth across philanthropic endeavors, rather than pledging to give the bulk of it to the Gates Foundation, Dow Jones reported, citing people familiar with the matter.

She and Bill Gates, 66, described their individual plans for donating their fortunes in letters posted online in November, almost seven months after announcing their divorce. French Gates has been building up her own philanthropic investment firm Pivotal Ventures, which was started in 2015 with a focus on implementing “innovative solutions to problems affecting U.S. women and families.”

She is worth US$11.4 billion, according to the Bloomberg Billionaires Index. Gates has the world’s fourth-highest net worth, at US$130 billion.

A spokesperson for the Gates Foundation declined to comment. Messages to a Pivotal Ventures representative weren’t immediately returned.

A press release last week announcing the addition of new board members to the Gates Foundation initially said that Gates, French Gates and Warren Buffett had pledged “to devote the bulk of their remaining resources to the foundation.” It was later corrected, with that language removed and changed to “the expectation of future pledges.”

Gates and French Gates shook up control of their Seattle-based foundation to strengthen its governance after the couple’s divorce, adding four people to its board and adding that there could be as many as nine members in the future. Talks are “ongoing about adding to the initial slate to enhance representation across gender, geography and expertise.”

So far, though, the bulk of the ex-couple’s money is still going to the foundation. Since their split, they’ve jointly announced US$2.1 billion for gender equality, US$900 million for nutrition and US$150 million to the Coalition for Epidemic Preparedness Innovations.

The pair initially wrote a letter as a couple in 2010 for the Giving Pledge, a promise to give away the majority of their money in their lifetime or their wills.

“As part of this pledge, I commit to doing more than writing checks,” French Gates wrote in her updated letter in November. “I also commit my time, energy and efforts to the work of fighting poverty and advancing equality -- for women and girls and other marginalized groups -- in the United States and around the world. My giving will continue to focus on the people for whom the barriers to equality are highest.”

French Gates, through Pivotal, has also worked with MacKenzie Scott, who has become one of the biggest philanthropists in history in a matter of months following her 2019 divorce from Jeff Bezos. Scott is the world’s 26th-richest person with a US$50.9 billion fortune, according to the Bloomberg Billionaires Index.

With their Equality Can’t Wait Challenge, Scott and French Gates, along with the Charles and Lynn Schusterman Family Philanthropies, gave US$40 million in 2021 to support gender equality.