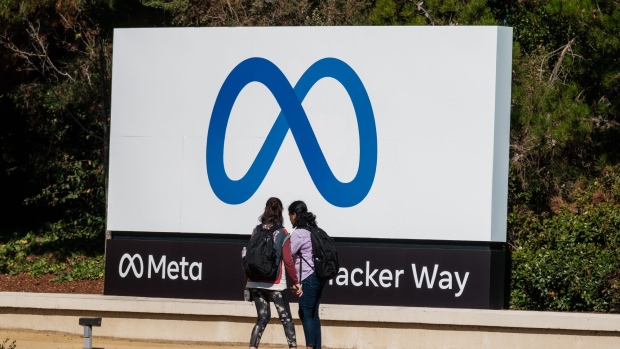 (Bloomberg) -- Meta Platforms Inc. is slashing its hiring goals for engineers by at least 30% this year and warned all staff to brace for a severe economic downturn.

Chief Executive Officer Mark Zuckerberg told employees on Thursday that he’s anticipating “one of the worst downturns that we’ve seen in recent history,” according to an audio recording of the weekly Q&A session, obtained by Reuters.

Meta warned in May that it was slowing or pausing hiring for some mid- to senior-level positions. Zuckerberg was more precise in his address on Thursday, saying the company reduced its target for hiring engineers to about 6,000 to 7,000, down from an initial plan to hire about 10,000 new engineers, according to Reuters.

The company, which had more than 77,800 employees at the end of March, is also leaving certain positions unfilled and “turning up the heat” on performance management to weed out staffers unable to meet more aggressive goals, Reuters reported.

“Realistically, there are probably a bunch of people at the company who shouldn’t be here,” Zuckerberg said at the meeting.

“Part of my hope by raising expectations and having more aggressive goals, and just kind of turning up the heat a little bit, is that I think some of you might decide that this place isn’t for you, and that self-selection is OK with me,” he said.

The move follows a generally upbeat earnings report in the first quarter, but the company warned that the war in Ukraine was weighing on sales. Meta said at the time that it would be reining in its spending plans for the year in light of a weaker revenue outlook.

The pullback in hiring goals marks a reversal from rapid staffing growth in recent years. Meta Chief Financial Officer Dave Wehner had said in February that the company expected “accelerated headcount” to be the biggest contributor to expense growth in 2022, and the company added more than 5,800 new hires in the first quarter. But Meta’s revision to its spending budget is affecting hiring plans along with a broader economic slowdown and pressure to its ad business from data privacy measures.

“I have to underscore that we are in serious times here and the headwinds are fierce. We need to execute flawlessly in an environment of slower growth, where teams should not expect vast influxes of new engineers and budgets,” Cox wrote.

Meta shares were down about 1% in early trading on Friday. They have tumbled 52% this year.