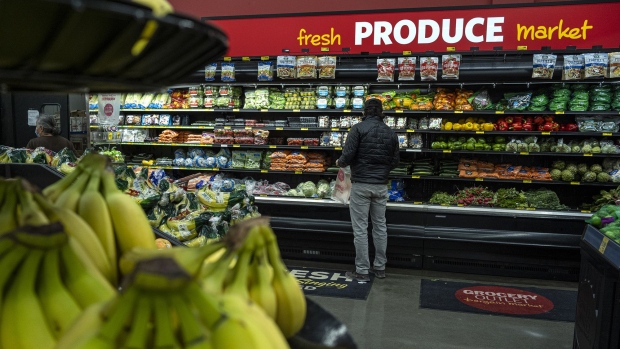 A shopper inside a grocery store in San Francisco. , Photographer: David Paul Morris/Bloomberg

“Millions of Californians will be receiving up to $1,050 as part of a NEW middle class tax rebate. That’s more money in your pocket to help you fill your gas tank and put food on the table,” he tweeted.

The budget agreement also includes a $47 billion multi-year infrastructure and transportation package, and a pause in state diesel sales tax for a year starting Oct. 1. It does not include halting the gasoline tax most pay at the pump, which is expected to increase July 1.

In the wake of the Supreme Court overturning Roe v. Wade, $200 million has been earmarked for reproductive health care for those seeking sanctuary in California where abortion is legal. Newsom has also signed into law a bill protecting patients and providers in California against attempts by other states to extend their anti-abortion laws into the Golden State.

State Senate President Pro Tempore Toni Atkins tweeted her support for the package, “This budget agreement will bring relief to taxpayers in a significant and equitable way, putting our state’s wealth to work for Californians.”