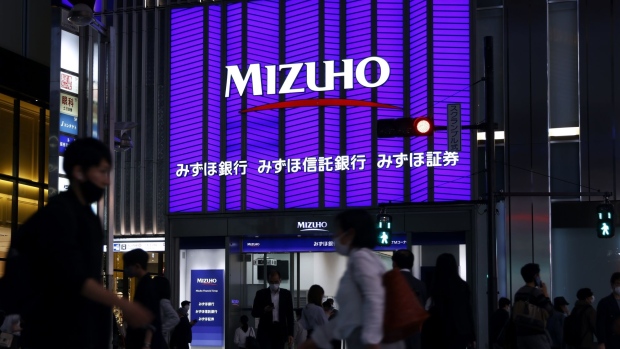 Japan’s third-largest lender expects net income for the year ending March 2023 to rise 1.7% to 540 billion yen ($4.2 billion) after bad loan costs more than halved. That fell short of the 563.6 billion yen average estimate from 15 analysts surveyed by Bloomberg and follows a 13% increase in annual profit for the 2022 financial year.

“We have solid results,” Mizuho CEO Masahiro Kihara said during a briefing. But with “the Russia-Ukraine conflict and other factors, uncertainties are increasing. We will keep a sense of high alert and make efforts for steady business operations.”

Net income was affected by special factors, including tax, and the bank posted paper losses of 414.2 billion yen on foreign bonds in March, Mizuho said in a statement Friday. The bank expects bad loan costs, including provisions for future delinquencies, to fall to 100 billion yen this year from 235.1 billion yen the previous year.

Mizuho’s exposure to Russia stood at $2.92 billion at the end of March and the bank doesn’t plan to do any new business in the country.

For the quarter ended in March net profit fell 56% to 51.4 billion yen, according to Bloomberg calculations. Shares of Mizuho have slipped almost 5% this year, compared with an 8% decline in the broader Nikkei 225 index.