Moderna Inc.’s COVID-19 vaccine won the backing of the European Union drugs regulator, clearing the way for a second weapon in the bloc’s fight to stem the pandemic.

The European Medicines Agency made the recommendation on Wednesday. The European Commission is working “at full speed” on the final clearance step, President Ursula Von Der Leyen said in a tweet.

EU leaders are facing growing pressure to speed up clearance and deployment of vaccines to tame a virus resurgence across the continent. The 27-nation bloc began immunizations last week with the vaccine developed by Pfizer Inc. and BioNTech SE, but the pace of the rollout has been uneven, prompting unfavorable comparisons with the U.K. and U.S.

France had vaccinated fewer than 10,000 people so far, compared with more than 300,000 in Germany, heaping pressure on President Emmanuel Macron to accelerate the deployment. The U.S., by contrast, has immunized more than 5 million people, and Britain more than 1.3 million.

The EMA advised giving two injections 28 days apart, without weighing in on a controversy about whether waiting longer to be able to vaccinate more people is acceptable. In a bid to protect a broader swath of the population, some U.S. officials have also suggested cutting the dose by half -- another contentious question the EU agency didn’t address.

The Moderna vaccine warded off COVID-19 in 94 per cent of volunteers in a large clinical trial. None of the people who got the shot in that test rather than the placebo developed severe disease. It was approved in the U.S. on Dec. 18. Moderna shares rose 2.7 per cent Wednesday before U.S. exchanges opened.

Like the Pfizer-BioNTech vaccine, Moderna’s is based on messenger RNA technology that previously hadn’t been used in immunizations. It’s easier to transport and use, though. It can be kept at regular refrigerated temperatures for up to a month whereas the Pfizer-BioNTech product requires ultra-cold storage. 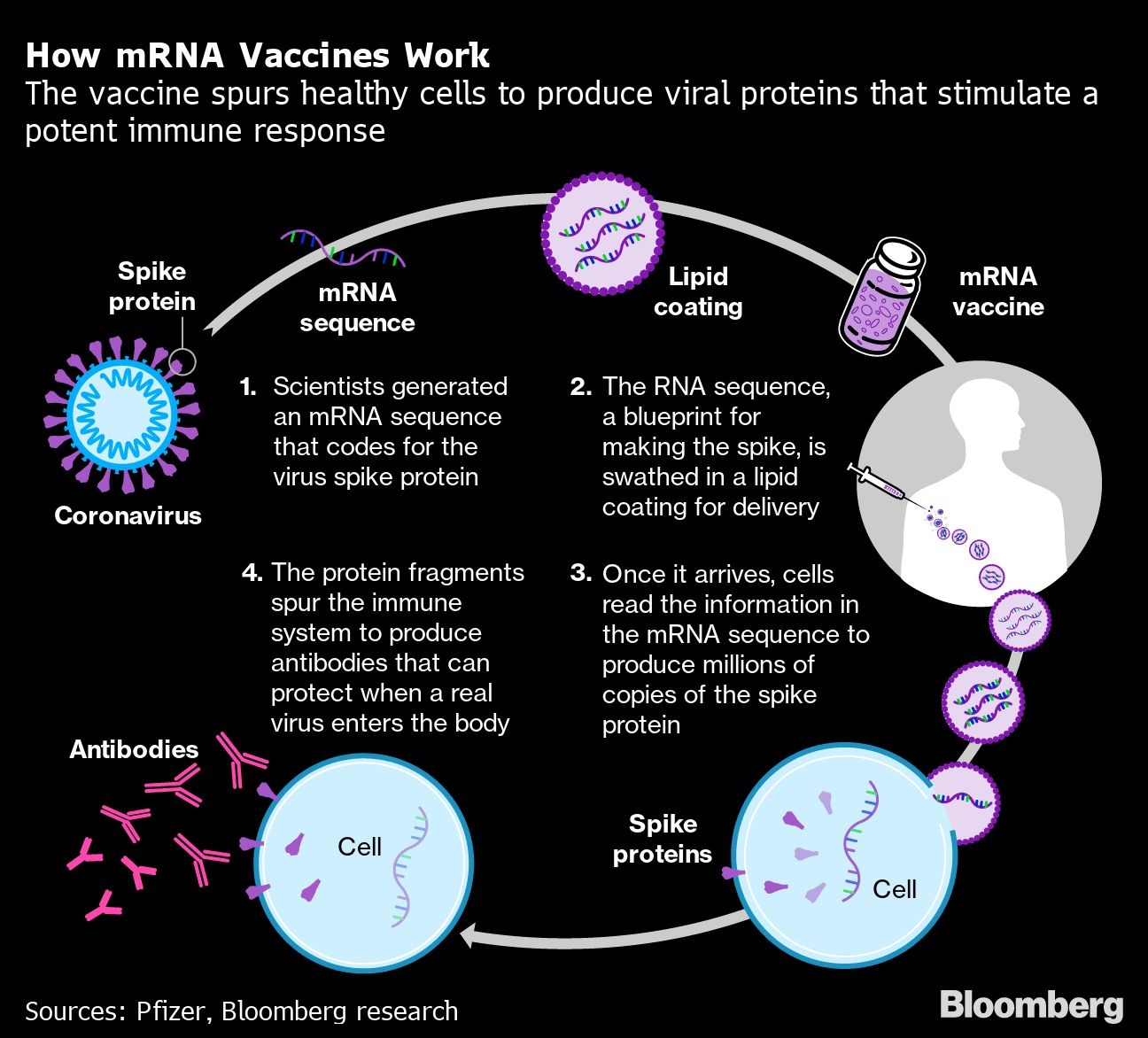 “This vaccine provides us with another tool to overcome the current emergency,” Emer Cooke, the EMA’s executive director, said in a statement. “We will closely monitor data on the safety and effectiveness of the vaccine to ensure ongoing protection of the EU public. Our work will always be guided by the scientific evidence.”

The EU recently announced that it would trigger an option for 100 million additional doses of the Pfizer-BioNTech vaccine, raising the total from the companies to 300 million. It’s also negotiating a deal that could as much as double that amount, people familiar with the talks said Tuesday.

The bloc has ordered 160 million doses of the Moderna vaccine, the company said last month.

Moderna will likely start delivering doses within the next week, according to German health minister Jens Spahn. The EMA’s clearance “gives us additional confidence,” Spahn said in a press conference before the official announcement. Germany expects to get more than 130 million doses of vaccine once the Moderna and BioNTech shots are shipped, he said -- enough to inoculate 65 million people, or about three-quarters of the population.

Shots from AstraZeneca Plc and the University of Oxford are also anticipated, though it may be some weeks before they’re approved. After the EMA said last week it hadn’t received enough information to review the Astra-Oxford vaccine, Astra submitted a “substantial” data package and said it would work closely with the EMA to support the start of a formal application process.

Vaccines are considered the ultimate weapon against the coronavirus, which has infected more than 86 million people worldwide and killed more than 1.87 million. But getting shots into people’s arms presents a huge logistical challenge and will take months, leaving governments little choice but to impose restrictions on public life to keep the pathogen from spreading out of control.

Britain, Germany and Italy all announced tougher measures to contain the spread of the virus this week.

--With assistance from John Lauerman and Leonard Kehnscherper.