The proportion of chief executive officers expecting global growth to slow in the coming year has risen 10-fold since 2018, according to a survey conducted by PricewaterhouseCoopers.

That means that over half of the 1,581 CEOs questioned in 83 countries see the pace of expansion slowing, the most since PwC began asking the question in 2012. In every region, executives reported increased pessimism, and confidence in their own company’s revenue growth prospects — both in the short- and medium-term — fell to the lowest since 2009.

The biggest concerns are over-regulation, trade conflicts and uncertain economic growth is rising, the report said.

The PwC survey, which was conducted from September to October 2019, is being launched as the World Economic Forum kicks off in Davos, Switzerland, Monday. WEF President Borge Brende last week echoed its tone, warning a press conference in London that “we are faced with a synchronized slowdown in the global economy. And we’re also faced with a situation where the ammunition that we have to fight a potential global recession is more limited.” 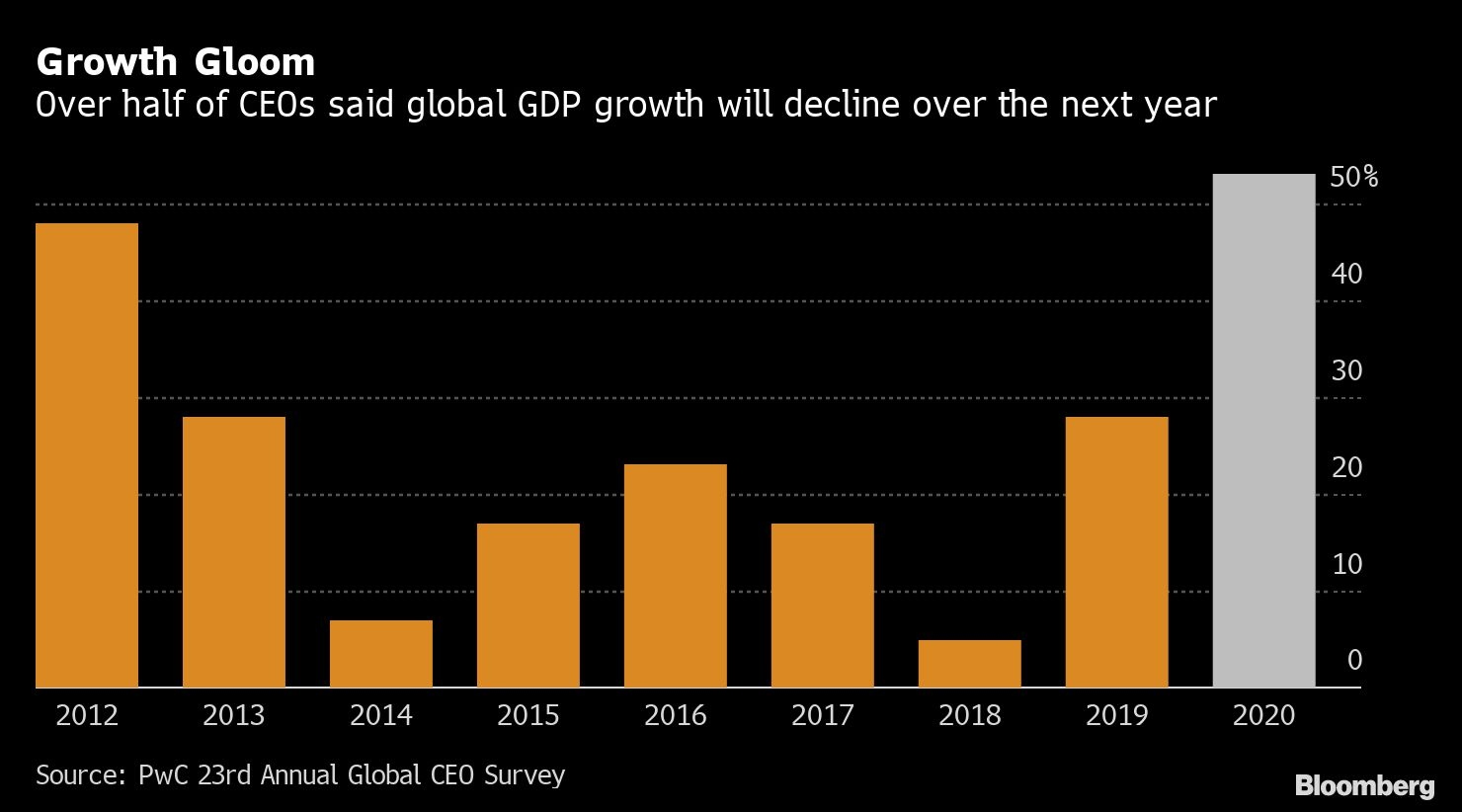