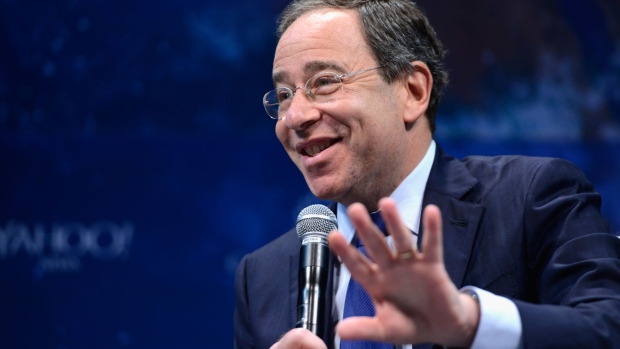 (Bloomberg) -- Tom Nides, Morgan Stanley’s vice chairman and a major Democratic fundraiser, was one of Amy Klobuchar’s most prominent Wall Street supporters. Now he says he’s all-in for former Vice President Joe Biden.“Most people who raise money in Democratic politics are going to coalesce around Biden if they haven’t already,” Nides said Monday, just after the senator from Minnesota announced she was dropping out of the U.S. presidential race. “It’s going to be a contest between Joe Biden and Bernie Sanders, and I don’t think it’s a very difficult choice for the Democrats who have been involved in politics for as long as I have.”

Sanders, a senator from Vermont, wants to break up big banks and has proposed a steep tax on the richest Americans. He won Nevada’s caucus last month, and Biden was the victor in South Carolina’s primary on Saturday.“Biden’s got a lot of support on Wall Street,” said Nides, who was a major bundler for Hillary Clinton’s campaigns and served as a deputy secretary of state during Barack Obama’s presidency. “We can raise a lot more money.”

An individual donor can give only $2,800 to a single candidate per election, while bundlers collect campaign contributions from multiple people. There are no limits on donations to super-PACs and political nonprofits.(Mike Bloomberg, who’s also running for the Democratic nomination, is founder and majority owner of Bloomberg LP, the parent company of Bloomberg News.)

To contact the reporter on this story: Max Abelson in New York at mabelson@bloomberg.net