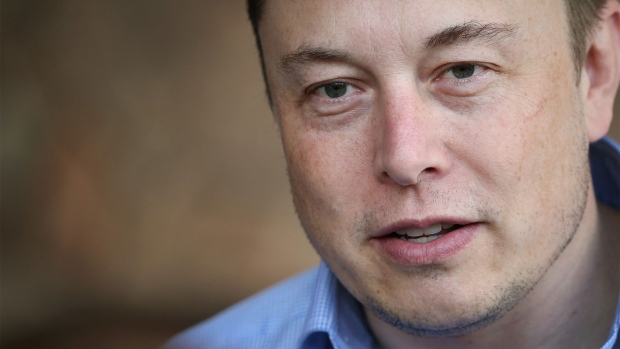 SUN VALLEY, ID - JULY 07: Elon Musk, CEO and CTO of SpaceX, CEO and product architect of Tesla Motors, and chairman of SolarCity, attends the Allen & Company Sun Valley Conference on July 7, 2015 in Sun Valley, Idaho. Many of the worlds wealthiest and most powerful business people from media, finance, and technology attend the annual week-long conference which is in its 33nd year. (Photo by Scott Olson/Getty Images) , Photographer: Scott Olson/Getty Images

Elon Musk revealed that he hired a private investigator for US$50,000 to back up his assertion in a 2018 tweet that a British caver was a “pedo guy.”

Musk is now asking a judge to forgo a trial and a throw out a lawsuit by the caver, Vernon Unsworth, accusing the chief executive officer of Tesla Inc. and Space Exploration Technologies Corp. of defamation.

“By referring to Mr. Unsworth as ‘pedo guy,’ I did not intend to convey any facts or imply that Mr. Unsworth had engaged in acts of pedophilia,” Musk said in a court filing Monday. “Pedo guy was a common insult used in South Africa when I was growing up. It is synonymous with ‘creepy old man’ and is used to insult a person’s appearance and demeanor, not accuse a person of pedophilia.”

Musk revealed that one of his trusted aides commissioned a private investigator to conduct an investigation of Unsworth on Musk’s behalf. Unsworth’s lawyers didn’t immediately respond to requests for comment.

“Musk’s motion is as offensive to the truth and the sworn testimony developed in this case as was his initial false and heinous accusation of pedophilia,” Unsworth’s lawyer, L. Lin Wood, said in an emailed statement.

Musk’s legal team asked the judge to dismiss the case before a scheduled Dec. 2 trial, arguing that a BuzzFeed article about his tiff with Unsworth and his tweets don’t meet the legal standard of defamation. They asked the judge to treat Unsworth as a “public figure” for purposes of the case, arguing that Unsworth must meet a higher-than-ordinary level of proof that Musk either knew his statements were false or that he was reckless in making them.

“Mr. Unsworth cannot establish a defamation case just because Mr. Musk insulted him on Twitter and sent a private email to a reporter,” they wrote in the court filing. “The Constitution does not allow that.”

The spat between the two erupted after Unsworth dismissed the mini-submarine that Musk and employees at SpaceX had built to assist in the rescue of a group of Thai boys who were trapped in a flooded cave last year. Unsworth said in a television interview that the mini-submarine, which ultimately wasn’t used in the rescue, was a “PR stunt” and that Musk could “stick his submarine where it hurts.”

(Updates with attempt to contact lawyers in fourth paragraph)

To contact the reporters on this story: Dana Hull in San Francisco at dhull12@bloomberg.net;Bob Van Voris in federal court in Manhattan at rvanvoris@bloomberg.net