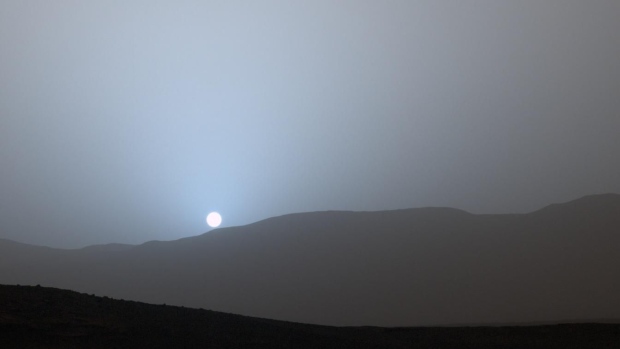 (Bloomberg Opinion) -- This summer, the National Aeronautics and Space Administration will launch a rover designed to collect samples of the Martian surface and store them until they can eventually be brought back to Earth. When they arrive, according to a former NASA scientist, they’ll be “quarantined and treated as though they are the Ebola virus until proven safe."His statement caused a minor media sensation, and understandably so. In the midst of one pandemic, Americans aren't ready for another imported from outer space. But ready or not, the U.S. and other spacefaring nations need to start updating planetary-protection measures for a new era of spaceflight.In the years ahead, NASA's Mars initiatives will likely be emulated by other countries. Ambitious private space companies are eager to follow with their own robots (and perhaps, eventually, humans). Clearer safety guidelines are essential both for protecting Earth and for ensuring that a wary public is comfortable with humanity's next steps into the solar system.No one knows, of course, if there’s life elsewhere in the universe. But as far back as the mid-1950s, scientists were thinking about ways to prevent alien lifeforms from contaminating the Earth (and vice-versa). In 1967, the Outer Space Treaty codified a consensus that member states should avoid "adverse changes in the environment of the Earth resulting from the introduction of extraterrestrial matter." When the Apollo 11 astronauts returned from the moon in 1969, they were immediately sealed in a decontamination chamber for three weeks, on the off chance that they had conveyed lunar micro-organisms to Houston.In the years that followed, planetary-protection guidelines were gradually updated. The Committee on Space Research (or COSPAR), a global research group, came up with non-binding protocols for various types of missions, and wisely requested that any "non-terrestrial replicating entity" — that is, a lifeform — remain contained on landing. At NASA, the Office of Planetary Protection ensures that these and other guidelines are followed when planning new missions.But while these rules worked well enough when NASA was mostly focused on protecting other planets, they’re turning out to be incomplete or obsolete in an era of one-of-a-kind missions like the Mars sample return. In 2018, a review by the National Academy of Sciences found that "there did not appear to be a solid scientific basis" for some of the agency's planetary-protection rules. And even as it prepares to launch the new Mars rover in July, NASA has yet to come up with policies on how to safely distribute any returned samples to scientists.Meanwhile, private space companies increasingly have the technology and ambition to make Mars visits of their own. Elon Musk, founder of SpaceX, says he hopes to send a crewed mission there in 2024. If the company manages to meet that unlikely deadline, it might be able to avoid planetary-protection requirements altogether. At the moment, no federal agency has jurisdiction to authorize and supervise such a mission. Among other problems, that regulatory gap places the U.S. out of compliance with the Outer Space Treaty.Addressing these issues is essential, and not just to avoid a real-life Andromeda Strain. For one thing, steps taken by the U.S. now will be adapted by COSPAR and become a non-binding global standard, which should help ensure that this new space age is a safe one. At the same time, a public scarred by the coronavirus is likely to be wary of any space missions that require Ebola-level containment strategies. If NASA and other spacefarers want to assure people that they shouldn’t be worried about Martian Ebola, they need to prove that their safety efforts are as failsafe as their engineering.For a start, NASA should reassess its planetary-protection measures in light of recent technological advances, and make sure it fills any gaps. It should also establish a standing forum devoted to updating those policies as circumstances warrant. Imposing safety requirements on private space companies is a trickier issue that ultimately will require congressional action. But in the meantime, NASA should link planetary-protection compliance to eligibility for federal contracts.There's no telling when and where the next pandemic will emerge. But with a little care, NASA and its partners can all but guarantee that it won’t be extraterrestrial.

Adam Minter is a Bloomberg Opinion columnist. He is the author of “Junkyard Planet: Travels in the Billion-Dollar Trash Trade” and "Secondhand: Travels in the New Global Garage Sale."