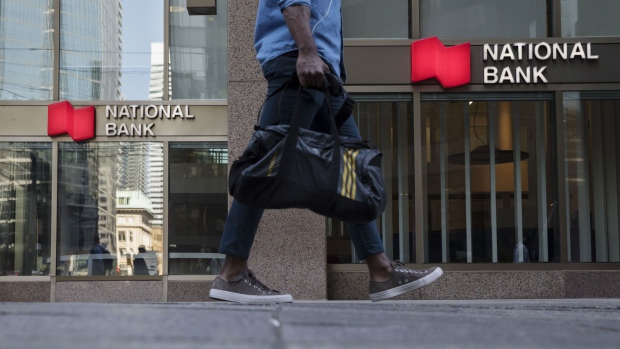 A pedestrian walks past a National Bank of Canada branch in the financial district of Toronto, Ontario, Canada, on Wednesday, July 11, 2018. Canadian stocks were mixed Friday as health care tumbled and energy rose, even as was still on pace for a weekly loss amid escalating trade war risks. Photographer: Brent Lewin/Bloomberg , Bloomberg

National Bank shares have risen 2.1% this year, compared with a 7.6% drop for the S&P/TSX Commercial Banks Index.

Also in the results: