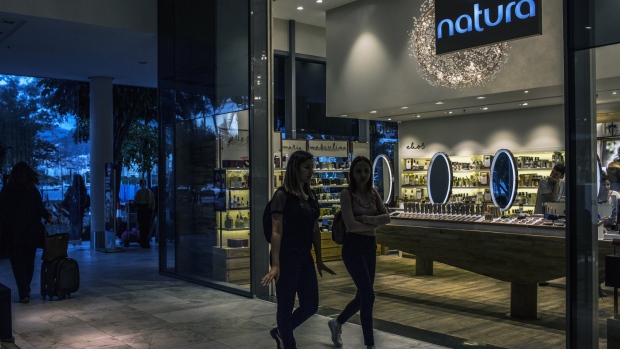 Brazil’s Natura Cosmeticos SA agreed to buy rival Avon Products Inc. in an all-stock deal valued at about US$2 billion, positioning it as a growing force in the booming global cosmetics and skincare industry.

Controlling shareholders of Natura, which bought the Body Shop retail chain in 2017, will form a new publicly traded holding company that will offer 0.3 share for every share of London-based Avon, according to a statement. Holders of preferred Avon shares will get US$530 million in cash assuming the deal closes in early 2020.

Including debt, the transaction is valued at US$3.7 billion, the companies said.

Natura shareholders will own about 76 per cent of the merged company, with Avon’s shareholders owning the remainder once the deal is closed. The new company’s shares will trade in Sao Paulo and New York. Avon shares surged as much as 15 per cent in late trading. The deal was announced after the close of trading in Sao Paulo, where Natura is listed.

The tie-up cements the largest direct-sellers in the global cosmetics business. Avon, founded in 1886 in the U.S., pioneered a then-innovative sales model by soliciting fans of the brand to become saleswomen themselves.

The multi-level marketing company has long used door-to-door sellers, colloquially dubbed “Avon ladies,’’ although much of the industry now relies more on social media. The direct-selling beauty sales model has since been replicated by rivals from Mary Kay in the 1960s to newer upstarts like Younique and Rodan + Fields -- and even Natura.

After a tough period of sinking demand, Avon largely gave up on the U.S., selling its operations in the country to private equity firm Cerberus Capital Management LP in a deal announced in 2015. Last month, LG Household & Health Care agreed to buy Cerberus’s majority interest as well as Avon’s minority stake in the U.S. business.

Avon moved its headquarters to London after the 2015 agreement, saying the shift would help it focus on international markets. But it’s lost momentum: In its most recent earnings statement, Avon said its sellers base dropped 9% year over year, mainly driven by declines in Brazil and Russia. Earlier this year, it announced a workforce reduction of 10% to trim costs. The company currently operates in 57 countries.

That’s in part because Natura, founded in 1969, has become one of its fiercest competitors, with the ranks of its direct sellers reaching 1 million in Brazil alone. The Sao Paulo-based company is quickly expanding into the rest of Latin America, and it’s rolling out digital accounts and card payment machines to its consultants to make the sales process more digital. Natura is also introducing direct sales to the Body Shop, combining it with their website, stores and other points of sale points to give consumers a broader range of options.

While L’Oreal SA and Estee Lauder Cos., the world’s two largest beauty businesses, have managed to acquire hot brands and use them to attract new young customers, Avon hasn’t been as successful on that front, consistently losing ground to rapidly changing personal-care trends and startups.

Natura, on the other hand, became an investor at Dynamo Beauty Venture, a venture capital fund focused on identifying and acquiring minority stakes in emerging brands in the cosmetics and wellness segments. The fund’s efforts will focus on Europe, the U.S., and companies with innovative business models and large growth potential, Natura said in its last earnings release.

While Natura has yet to outline its Avon rescue strategy, its historic focus on women’s empowerment will probably be a central part of the narrative. Natura’s work with the Body shop may also be indicative: To restore the British brand, it has focused on cruelty-free products, a cause that resonates with younger buyers and wasn’t part of the company’s focus during its decade under L’Oreal’s ownership.

Natura also closed 44 Body Shop locations and worked to obtain ingredients for its products with local communities in Africa -- replicating the company’s efforts in Brazil’s Amazon region. The initiatives seem to be paying off, with the Body Shop’s earnings before interest, taxes, depreciation and amortization surging 57% in the first quarter.