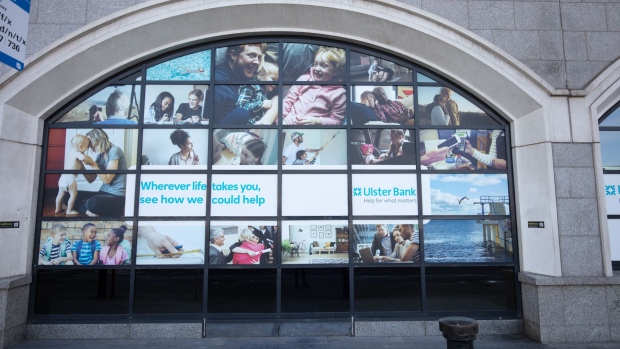 (Bloomberg) -- NatWest Group Plc will close Ulster Bank in the south of Ireland, exiting after more than 150 years and placing as many as 2,800 jobs in jeopardy.

NatWest will wind down the business in coming years, the company said on Friday, ending months of speculation sparked by a strategic review of the lender last year.

“Despite the significant progress that has been made in recent years, Ulster Bank in the Republic of Ireland will not be in a position to achieve an acceptable level of sustainable returns over its planning horizon,” Natwest said on Friday. It said the move will be “capital accretive over the multi-year process.”

Ulster Bank has mostly struggled after helping fund the Irish real-estate bubble more than a decade ago, resulting in a $20 billion rescue from the Royal Bank of Scotland, which was itself nationalized by the British state. Since then, it’s been dogged by technological problems and embroiled in a wider mortgage overcharging scandal.

Ulster’s closing will likely a trigger a race to buy its assets, with Lone Star Funds and Cerberus Capital Management LP among the potential contenders. In addition, Ireland’s government is exploring the creation of a so-called third force in banking, with one possibility involving state-owned Permanent TSB Group Holdings Plc acquiring some of Ulster’s loans. AIB Group Plc is also in negotiations on buying some of the assets.

Founded in Belfast, Ulster first opened a Dublin branch in the 1860s and now controls about 15% of the Irish mortgage market. Its total loan book amounts to about 20.5 billion euros ($24.8 billion), with roughly the same amount of deposits.

Ulster Bank’s future has been an open question since the 2008 financial crisis with successive CEOs reviewing options for the bank. In 2015, RBS, which has changed its name to NatWest, considered selling the lender.

The pandemic may have proved the last straw for NatWest CEO Alison Rose. The division reported an operating loss of 276 million euros in the first half of last year after taking a charge in anticipation of soured debts.

The unit’s cost to income ratio is around 98%, compared to about 64% for NatWest as a whole, and exiting could allow Rose to deploy capital more profitably elsewhere. Irish retail banks must hold about three times more capital for the perceived higher risk in their mortgage loans compared to average requirements in Europe, a trade group said this week.

Ulster’s loan book will likely be divvied up among different players. International players like Cerberus have flooded into Ireland since the financial crisis, buying swathes of non-performing loans at discounts.

Some want to use Ulster’s departure to bolster local banks such as PTSB, an outcome which would be less politically risky.

“Instead of allowing the assets of Ulster Bank and its customers to be flogged off to vulture funds, there should be political intervention to work toward the delivery of a real third force in Irish banking using Permanent TSB,” said Ged Nash, a lawmaker with the Irish opposition Labour Party. “Government must take a hands-on approach.”