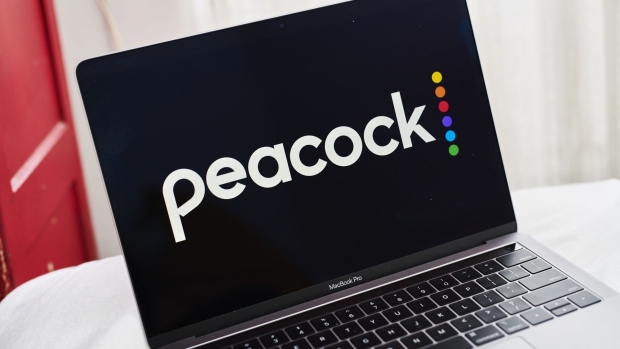 Signage for the NBCUniversal Inc. Peacock streaming service is displayed on a laptop computer in an arranged photograph taken in the Brooklyn Borough of New York, U.S., on Friday, April 17, 2020. When the coronavirus quickly spread around the world, NBC had a big decision to make. Move forward with the April launch of Peacock, its new streaming service? Or postpone? Photographer: Gabby Jones/Bloomberg , Bloomberg

The company has been negotiating streaming rights with teams and leagues, Mark Lazarus, chairman of NBCUniversal Television and Streaming, said Thursday at a conference sponsored by Sports Business Journal.

The sports channels have struggled as more people cancel their cable TV, depriving them of the revenue they need to pay for broadcast rights. Lazarus said Comcast still profits from the networks but added, “We’re managing decline.”

At some point teams carried by the networks will take a “haircut” on rights fees because of the shrinking cable business, he said.

“The ecosystem won’t support what we’re currently paying,” he said.

Lazarus suggested that teams and channel owners could share the upside of the streaming business, with franchises that sell more subscriptions in their markets getting higher rights fees.

“It’s going to be more of a share-the-risk mentality,” he said.