The snowballing scandal surrounding SNC-Lavalin Group Inc. is too complex to tempt at least one self-professed value-hunting portfolio manager.

“You avoid this one. If you don’t own it, you don’t want to look at it,” said Patrick Horan, principal at Toronto-based Agilith Capital, in an interview with BNN Bloomberg Wednesday.

“[SNC] is outside the tools of a normal portfolio manager to analyze,” he added. “You’re looking at politics, you’re looking at contracts that have potentially gone bad and maybe have been bad from the start.”

As of the close of trading Tuesday, shares of the Montreal-based engineering and construction firm had lost a quarter of their value amid a laundry list of negative developments.

SNC recently surprised investors with two profit warnings in the span of less than two weeks because of problems with a single unidentified mining contract in Latin America. Meanwhile, Ottawa is abuzz over a recent Globe and Mail report alleging the Prime Minister’s Office pressured former attorney general Jody Wilson-Raybould to intervene in the criminal corruption case against SNC over past activity in Libya. Wilson-Raybould quit Trudeau’s cabinet on Wednesday, prompting a fiery response from the prime minister.

As that plays out in the political spectrum, the Canadian Press reported SNC may now also face criminal charges in Quebec over payments tied to its work on Jacques Cartier Bridge.

“As was reported last year in La Presse, there was a visit to the SNC-Lavalin head office by the RCMP, to conduct a search involving old files dating from 1989-2004,” said an SNC spokesperson in an emailed statement to BNN Bloomberg.

“We actively collaborated with the authorities last year, as we have always done. Again, it is worth reiterating that the files in question involve former employees who left the company long ago and third parties who no longer have any involvement with our organization.”

“I know a little bit about the company,” said Horan, whose firm does not hold shares in SNC. “I have friends who work there on the regulatory side. I would say the work they’re doing is really good work. They’re a very clean organization that cleaned up their act years ago. Having said that, these are ghosts from their past that are coming back at them.”

Despite the myriad of challenges facing SNC, analysts are still on its side for the most part. Of the 14 analysts tracked by Bloomberg, eight have buy recommendations, while the remaining six say SNC is a hold. Despite that generally favourable outlook on Bay Street, Horan said he isn’t a believer at this stage.

“I’m a value buyer,” he said. “I usually pick away at stuff like this and try to look through it. But this is hard to look through. At this point, you need things to simmer down.” 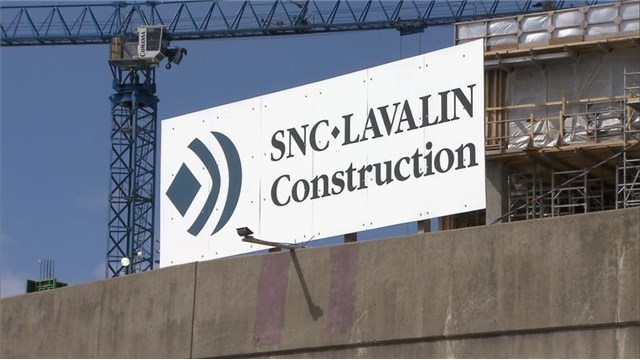 What’s your investment strategy with SNC-Lavalin?