The stakes have risen for Netflix Inc. since the last time the video-streaming pioneer reported earnings. With more than four new entrants to the Internet TV gauntlet, investors will look to Chief Executive Officer Reed Hastings during the conference call for reassurance.

Netflix is scheduled to release first-quarter results after markets close Tuesday, with Wall Street projecting subscriber additions of 1.61 million in the U.S. and 7.33 million internationally, according to data compiled by Bloomberg. That’s slightly higher than Netflix’s forecast of 1.6 million and 7.3 million, respectively.

Shares of the streaming service provider rose as much as 4.5 per cent on Tuesday after Deutsche Bank upgraded the stock to a buy from hold and boosted its price target to US$400. Analyst Bryan Kraft touted the company’s decreasing reliance on licensed content and said it looks “more and more like a platform every day, rather than just an application.”

But Wall Street is braced for a softer forecast as phasing of the effective price hikes is expected to mostly weigh on second quarter subscriber additions. Other factors, such as a lighter content slate and competition from Disney’s “Avengers” film and HBO’s final season of “Game of Thrones,” are also expected to contribute to a tepid view.

While Netflix may have taken a hit from the forthcoming Disney+ platform, losing about US$7 billion in market value on Friday, analysts still consider Netflix to be the streaming leader. Moreover, many of the yet-to-be-launched services are seen as a value add for the streaming industry.

Netflix’s stock has risen more than 30 per cent year to date despite expectations of a conservative second quarter. 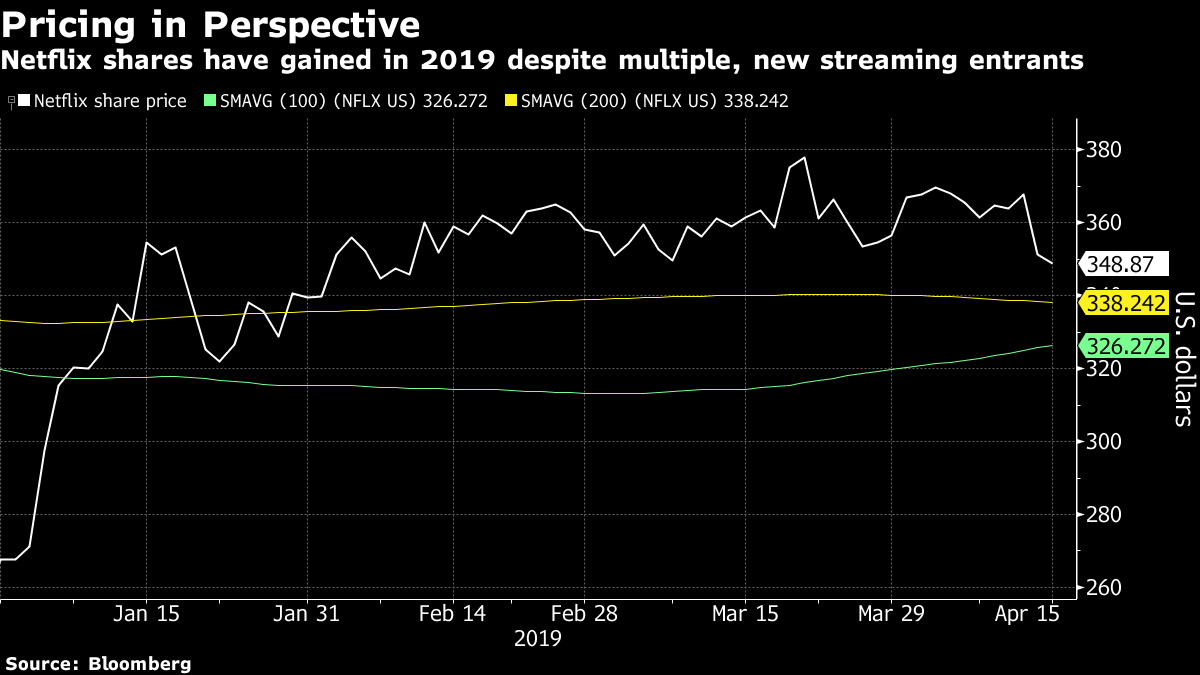 “Momentum should continue through the year, especially as the slate strengthens in midyear with the third season of ‘Stranger Things.’ The company may also be exploring international price hikes.”-- Geetha Ranganathan, senior media analyst-- Click here for the research