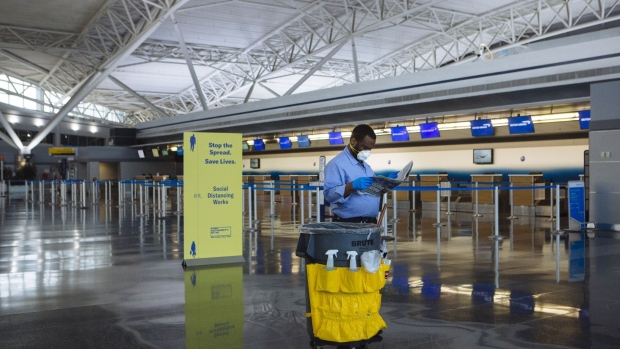 Get ready for the New Normal 2.0 -- or, more appropriately, 2-point awful.

The U.S. economy post-COVID-19 will look a lot like the one that struggled to recover from the 2008-09 financial crisis –- only in some ways worse.

Growth will be disappointingly tepid after an initial rebound and, for a time at least, inflation dangerously lower and unemployment heartbreakingly higher than they were back then. Government debt -– and the Federal Reserve’s balance sheet -– will be much bigger, while interest rates stay low.

“Our economy will have lost something of value,” said Nobel Prize-winning economist Joseph Stiglitz. “We will be scarred, and the recovery will be slow.”

The New Normal 2.0 will be a just-in-case economy of diminished demand and paltry productivity as consumers and companies emerge from this crisis gingerly and build buffers against the next.

Households worried about their health and finances will save more and spend less.

Companies will be less efficient and less global as they rearrange supply lines and bring production back to the U.S. to improve resiliency rather than to cut costs. Government involvement in the economy will be greater as officials place a premium on domestic supplies of medical equipment and other products deemed essential.

It will be an economy marred by yawning gaps in income and wealth –- the same as New Normal mark one after Bloomberg News coined the concept and Pacific Investment Management Co. popularized it a dozen years ago.

That’s already evident as investors benefit from a resurgent stock market thanks to large dollops of Fed liquidity, while low-wage service workers struggle to sign up for unemployment benefits. An unprecedented 20.5 million Americans were thrown out of work in April as joblessness tripled to 14.7 per cent, the highest since the Great Depression.

The economy will enjoy a bounce in the short run as businesses reopen from government-imposed closures. But a rapid return to the pre-Covid-19 reality of half-century low unemployment looks unlikely, especially given the uncertain course of the contagion.

Northern Trust Co. economists see a jobless rate of 6.5 per cent at the end of next year compared with February’s 3.5 per cent.

The slower and more stretched-out the recovery is, the more perilous it will be. More companies will downsize permanently or go out of business, and more Americans will leave the labor force, robbing the economy of vitality -- a particular worry for Fed Chairman Jerome Powell.

“The recovery may take some time to gather momentum, and the passage of time can turn liquidity problems into solvency problems,” Powell said Wednesday in remarks to the Peterson Institute for International Economics in Washington.

Some 3.5 million small businesses could close their doors in the next two months and 7.5 million in the next five if the crisis persists and they don’t get more government help, according to Main Street America, a network of small companies.

One that’s at risk: Eleven Madison Park in New York, named the world’s No. 1 restaurant in 2017. Chef-owner Daniel Humm recently told Bloomberg Pursuits it may not reopen after a forced shutdown in March.

“A lot of the firms aren’t coming back,” said Harvard University Professor Kenneth Rogoff. “We’re going to see a lot of work for bankruptcy lawyers going across a lot of industries.”

Even before the epidemic, the U.S. and other industrial countries probably were stuck in what ex-Treasury Secretary Lawrence Summers labeled secular stagnation. Growth was lackluster: The U.S. expanded an average 2.3 per cent a year in the just-ended expansion versus an almost 3 per cent clip in the 25 prior years. Inflation and interest rates were depressed. There was too much saving and too little investment.

The contagion could make things worse. It’s not just a fear of being infected that could keep consumers out of malls and restaurants and away from sporting events. Anxiety over job losses and shrinking savings also could prompt them to husband their resources.

The proportion of people planning to take a vacation in the next six months plunged in April to its lowest level ever in the Conference Board’s monthly survey. Those looking to buy a new car dropped close to a 10-year low.

Delta Air Lines Inc. Chief Executive Officer Ed Bastian told analysts on April 22 it could take as many as three years before the carrier sees a sustainable recovery from the pandemic and the resulting financial worries.

“People will hoard the money because they’re so nervous,” said Stiglitz, author of “People, Power, and Profits: Progressive Capitalism for an Age of Discontent.”

This will restrain growth and hold inflation down, at least for a time, in spite of trillions of dollars in fiscal and monetary support. Bond-market investors are betting consumer prices will rise 0.75 per cent annually in the next five years. That’s dangerously close to deflation territory and compares with the last expansion’s 1.7 per cent average. 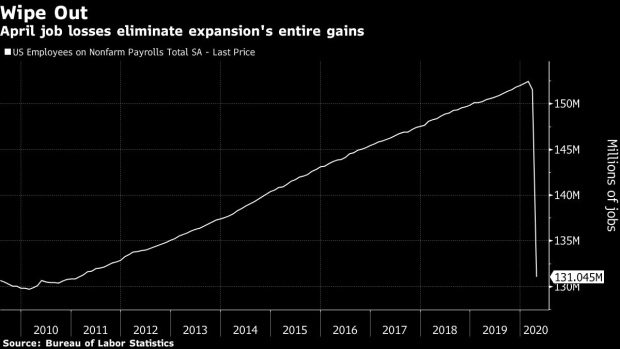 The Congressional Budget Office sees the federal budget deficit more than tripling this fiscal year to US$3.7 trillion as the government tries to counter the hit from the coronavirus crisis.

Besides reducing interest rates effectively to zero, the Fed is helping to hold down government financing costs by gobbling up Treasury securities in the secondary market. Its balance sheet already has grown by US$2.5 trillion this year, with further increases to come.

Nevertheless, BlackRock Inc. CEO Larry Fink reportedly told clients last week that corporate taxes eventually will have to be raised significantly to help fill the budget gap -– a development that would undercut company profits and confidence and could hold back growth.

Faced with little visibility about what comes next, companies probably will be cautious. At least 55 businesses in the S&P 500 Index have announced cuts in capital-spending plans, according to Bloomberg Intelligence Chief Equity Strategist Gina Martin Adams and Associate Analyst Wendy Soong.

“Liquidity and cash conservation are now primary concerns,” they wrote in a May 7 report.

To protect employees from the virus, companies are expected to reconfigure their workplaces and spend more on safety.

Part of the corporate focus will be on shoring up and shortening supply chains shredded by rolling economic shutdowns from China to the U.S. That effort -– already underway pre-Covid-19 -- will raise companies’ costs as they source supplies based on considerations other than price.

The drive to bring production home will get added impetus from President Donald Trump, who has already seized on the spread of the virus from China to press his America First trade policy. He also has used the crisis as justification for temporary restrictions on immigration –- a step that, if broadened and extended, would limit labor-force growth and so restrain recovery, according to economists.

Mohamed El-Erian, a leading proponent –- and originator in his own right –- of the new-normal thesis, sees reasons to worry about the outlook. The Allianz SE chief economic adviser fears a combination of slack productivity, higher debt and government support for zombie companies will lead to slower growth and more inequality, barring policies to address it.

“We don’t want to repeat the mistake of just stopping after we win the war against depression and we don’t pay attention to securing the peace,” the Bloomberg Opinion columnist said.

--With assistance from Enda Curran, Kate Krader and Steve Matthews.