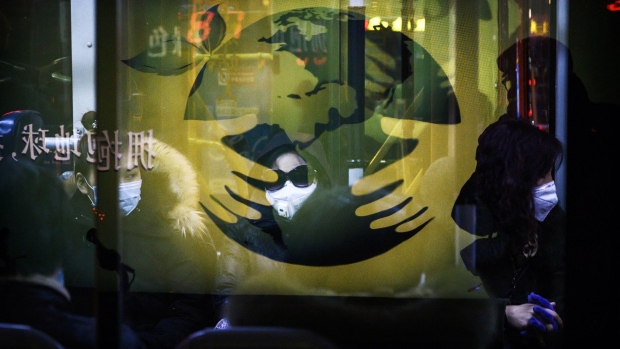 More Canadians see China in a negative light than at any point in the past 15 years, according to a new poll.

Just 14 per cent of respondents in an Angus Reid Institute survey said they have a positive opinion of the Asian nation. That’s down sharply from six months ago, when 29 per cent viewed the government in Beijing positively.

Questions about the origins of the coronavirus that’s hobbled the world economy are weighing a relationship that was already soured by Canada’s arrest of a top Chinese telecommunications executive at the end of 2018 on a U.S. extradition order.

Some 85 per cent of Canadians said the Chinese government hasn’t been honest about the Covid-19 pandemic, according to the Angus Reid poll, published Wednesday.

In February, as the world was beginning to be seized with the deadly outbreak of the respiratory virus in Wuhan, China, Prime Minister Justin Trudeau’s new ambassador in Beijing told lawmakers in Ottawa he had his work cut out for him in mending ties.

Relations between the two countries deteriorated sharply after Canada detained Huawei Technologies Co.’s chief financial officer on an American request in an Iran sanctions case. China locked up two Canadians in the days that followed. The rift also contributed to a 16 per cent plunge in exports to the Asian nation last year.

The Supreme Court of British Columbia is expected to rule in coming weeks on whether her case meets a key test of double criminality: Would her alleged crime have also been a crime in Canada? If not, she could be discharged, according to Canada’s extradition rules.

Michael Kovrig and Michael Spavor, the former diplomat and the entrepreneur detained after Meng’s arrest, marked 500 days behind bars in China last month.