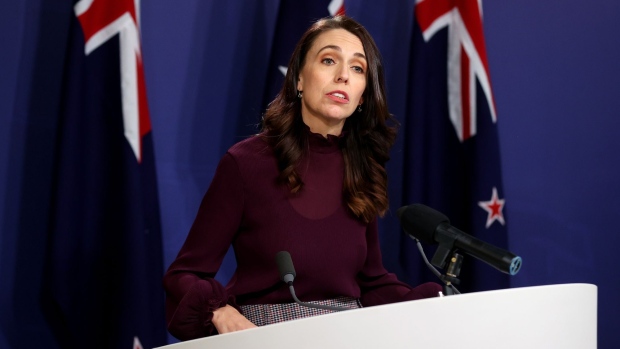 (Bloomberg) -- New Zealand Prime Minister Jacinda Ardern plans to attend the Pacific Islands Forum Leaders’ Meeting in Fiji this week, just days after the head of state called for more regional co-operation to counter China and amid reports one island member has withdrawn on the conference’s eve.

Ardern will go to Fiji from Tuesday to Thursday where she plans to make announcements on climate and aid projects, her office said in a statement. News of her trip follows a 1News New Zealand report Sunday that Kiribati President Taneti Maamau had given notice his country would leave the forum after being sidelined on a number of issues.

The summit marks the first time leaders of the nations involved have met since 2019, and comes after Ardern used a trip to neighboring Australia just last week to call for more regional diplomacy as a means to contain what she has previously described as China’s increasing willingness to challenge international rules and norms.

“This meeting comes at a critical time for the Pacific, with the region facing climate, environmental, governance, and human development challenges, as well as sharpening geostrategic competition,” Ardern said, calling the forum “the primary vehicle for addressing these challenges.”

The forum will work on a 2050 strategy plan that will aim to outline collective priorities for the region, her office said.

“The Pacific is our foreign policy priority, with a strategy of building Pacific resilience,” Ardern said. “To achieve this we’ve lifted our support to the region by 45% over the past three years.”