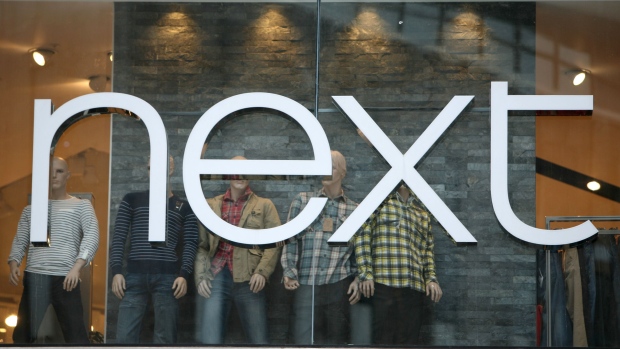 Next has added fashion items like a Geri Halliwell lingerie range and advertised next-day delivery on television to keep sales growing as shopper spending slows. , Ryan Hesketh and Charles Capel

Next Plc: The British fashion company cut its profit guidance for the full year, saying August trade was below expectations.

InterContinental Hotels Group Plc: The hotel operator, said it had re-activated its booking websites and mobile app, together with most of its other booking channels and revenue-generating systems, after a technology breach on Sept. 6.

Hotel Chocolat Plc: The luxury chocolate retailer’s Japan joint venture has entered restructuring proceedings resulting in the potential for the full impairment by Hotel Chocolat of loans to the JV.

Britain is in a self-inflicted financial crisis that threatens to accelerate the economy’s dive into recession — and the country’s new prime minister is coming under intense pressure to blink.

In the week since the government unveiled the biggest tax cuts since 1972 with scant detail of how they will be financed, the pound has crashed to its lowest-ever level against the dollar, the cost of insuring British government debt against the risk of default has soared to the highest since 2016, and the Bank of England has been forced to intervene amid concerns about the nation’s pension funds.

The Bank of England staged a dramatic intervention to stave off an imminent crash in the gilt market by pledging unlimited purchases of long-dated bonds.

With the fallout from Prime Minister Liz Truss’s tax cuts still ripping through UK asset prices, the central bank had been warned that collateral calls on Wednesday afternoon could force investors to dump government bonds, according to a person familiar with its decision making.

Cineworld is due to report earnings on Friday, following declaring bankruptcy in earlier this month, and reports that Canadian theatre chain Cineplex is weighing a merger with Cineworld’s US arm. For a news fix when the day is done, sign up to The Readout with Allegra Stratton, to make sense of the day’s events.