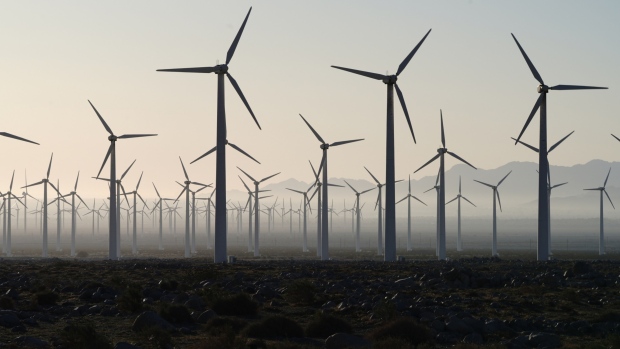 A major new transmission line intended to pipe carbon-free hydropower from Canada into the U.S. Northeast has met a powerful opponent: the world’s largest provider of renewable energy.

The 145-mile (233-kilometer), nearly US$1 billion transmission line, known as New England Clean Energy Connect, broke ground in February after nearly three years of review by regulators. If completed, it would be able to import 1.2 gigawatts of electricity from the Canadian utility Hydro-Quebec. That’s enough to reduce carbon emissions in the region by 3.6 million metric tons a year, according to the project’s developer, Avangrid Inc., or about 12 per cent compared to 2019 levels.

To an unfamiliar observer, it might seem that renewables giant NextEra Energy Inc., which supplies 22 gigawatts of clean electricity to homes and businesses in North America, would have an interest in increasing the availability of green power. However the company is also heavily invested in non-renewable energy and has a history of acting for its own benefit at the expense of the environment. More than half of NextEra’s energy-generating capacity come from nuclear reactors and plants that run on natural gas and other fossil fuels.

While the company has said little publicly about the transmission project, it’s been quietly financing a ballot initiative in Maine that could halt construction on conservation grounds. It also has yet to begin a mandatory upgrade at one of its facilities to support the surge of power onto the grid.

“Of course NextEra doesn’t want it,” said Tyson Slocum, director of the energy program at advocacy group Public Citizen. “They’ve got lots of power in the region that’s threatened.”

The project is an important part of President Joe Biden’s plan to eliminate carbon from the U.S. power system by 2035. That effort will require significantly boosting the use of clean energy, which will in turn require thousands of miles of new transmission lines to carry that energy around the country.

Though the new link will go through Maine, the power will mostly serve Massachusetts customers, lowering their monthly energy bills by as much as 4 per cent, the developers say. NextEra’s New England assets include a nuclear facility and an oil-burning power plant, both of which would face increased competition from the influx of power. NextEra’s allies in the fight against the project include Calpine Corp. and Vistra Corp., each of which operates multiple natural gas plants in the region.

Vistra didn’t respond to requests for comment on the initiative to block the transmission line. Calpine spokesman Brett Kerr said that the company “supports the rights of Maine citizens to be heard and respects the fact that Maine voters have a constitutional right to decide on matters of statewide importance.”

NextEra, Calpine, and Vistra are all members of the New England Power Generators Association, whose president, Dan Dolan, said the flood of cheap hydropower stands to “suppress prices for the rest of the market” and make it difficult for existing suppliers to compete. Some power plants may be forced to close, and the loss of those assets could pose a threat to reliability in the region, he said. “We have a lot of concerns,” Dolan added.

To Paul Patterson, a utility analyst with the research company Glenrock Associates, that’s a polite way of saying they’re concerned with their bottom lines. “There’s no merchant generator in New England that wants to see low-cost Canadian hydro show up on their doorstep,” he said. “You don’t stand to benefit.”

NextEra spokesperson Steven Stengel said its dispute with Avangrid is solely because the companies have been unable to agree on terms for the upgrade, a circuit breaker at its Seabrook nuclear plant in New Hampshire. The improvements must be completed by the time construction on the transmission line finishes in 2023. Federal regulators have said that while Avangrid must ultimately cover the cost, the work is NextEra’s responsibility. The developer has been complaining to the U.S. Federal Energy Regulatory commission since last year that NextEra has been dragging its feet, a charge the energy giant denies.

NextEra has been criticized before for blocking clean power initiatives and supporting others with possibly detrimental impacts. It joined other utilities in spending US$20 million to promote an unsuccessful 2016 ballot initiative in Florida that would have curbed rooftop solar. And in California, the company backed an unsuccessful bill that would have benefitted a big energy storage project on the edge of Joshua Tree National Park, drawing criticism from conservation groups.

The existing power plants will be “disadvantaged” by the hydropower, said Sophie Brochu, Hydro-Quebec’s chief executive officer, at an event hosted by Columbia University on Tuesday. The business models of their owners are “completely threatened by the energy transition.”

NextEra is the top donor to a political action committee called Mainers for Local Power, which in turn is the main sponsor of a PAC run by Say No to NECEC, the non-profit behind the upcoming ballot initiative. Calpine and Vistra round out the group’s top three contributors.

Say No’s director, Sandra Howard, is a licensed Maine river guide and said she’s concerned about the project’s environmental impact. Construction would require cutting through 53 miles of pristine forest. Not only would this disrupt the habitat of deer and brook trout, it would also threaten the local outdoor recreation industry, she said.

She also has some questions about whether it will be able to reduce emissions as much as the developers claim. A 2018 report commissioned by environmental groups including the Sierra Club and the Natural Resources Council of Maine raised the possibility that Hydro-Quebec would divert clean energy from its other markets to New England, potentially supplying some of those existing customers with electricity generated from fossil fuels.

“If you’re making one region cleaner, another region could be impacted negatively,” she said. “You’re not achieving the global benefit.”

Her fight showcases the challenges faced by new transmission projects across the U.S. Building power lines that stretch for hundreds of miles and span public and private lands can be a complicated task that generates pushback from across the political divide. It’s one of the biggest barriers to efforts to decarbonize the U.S. energy system, and it’s why NextEra has found itself allied in Maine with environmental groups to oppose a clean-energy project.

“We've agreed that we’ll partner on this issue,” Howard said, “but we may not partner with them on the next one.”